The fifth and sixth round of the Assoluti d’Italia di Enduro took place last weekend at Sant’Angelo in Vado, in the province of Pesaro and Urbino.

The heavy rains that hit the days before the race made the three special tests at the limit of practicability, while during the race weekend the sun and the high temperatures accompanied our riders throughout the race.

At Sant’Angelo in Vado the TM Factory Enduro Team presented itself almost completely with Loic Larrieu and Andrea Verona in excellent form and with only Dany McCanney absent.

The best of our team was Andrea Verona, who collected another splendid race, winning both days of competition in the Junior and a deserved sixth and ninth place on the final day.

“I am happy with the results achieved in the Junior class and for many special tests in which I recorded excellent absolute times, a little less for some mistakes and misfortunes that gripped me throughout the race weekend”

“An unlucky weekend due to the strong trauma to the left arm, fortunately nothing serious. Now maximum concentration for the double world GP that will see us engaged in Greece and then at the Rovetta GP ”. 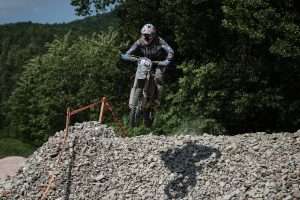 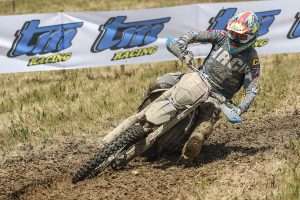 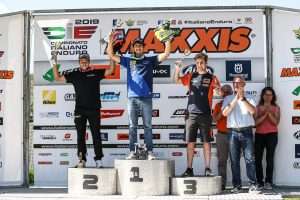