Skip to content
Home/Racing/ANDREA VERONA WORLD CHAMPION. MC CANNEY WINS THE DAY ONE IN THE ENDURO GP.
Previous Next

An extraordinary weekend for the TM Racing Factory Team, at  the Enduro World Championship that took place in Rovetta, the Italian GP or better known as the historic Valli Bergamasche. Our rider Andrea Verona won the Junior title with two races in advance, Dany Mc Canney on Day One won the E3 class and the prestigious Enduro GP while Loic Larry won Day1 in the E3 class.
As usual the Motoclub Bergamo has designed a very demanding race made even more difficult on the opening day by the heavy rains and thunderstorms that accompanied our riders throughout the day of the race. On Sunday after a race spent to chase the world title, Andrea Verona won the Junior class and won the title with well two anticipated races.

Great weekend also for Dany McCanney who masterfully dominated the mud on day one and won the E3 class and the Enduro GP for just 0.06 seconds on his rival and compatriot. The following day he won a good second place instead.

Loic Larrieu’s weekend was also profitable, the French rider achieved excellent results by winning the E2 class in Day One and winning another second class place and a second place in the Enduro GP on Day 2.

The Enduro World Championship stops for a long time and will resume in mid-September for the Czech Republic GP.

“Winning the title in Italy was incredible, I ran all my race days with the only goal of getting on the top step of the podium and so it was. On the second day of competition I fought until the last special and the I managed to win despite a fall “.

“A positive weekend and the Valli Bergamasche is as always a tough and demanding race. The final score is satisfactory despite some bad luck on Sunday”. 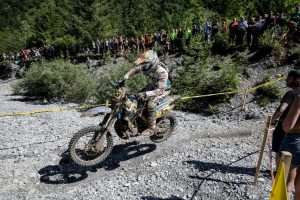 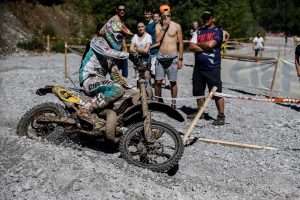 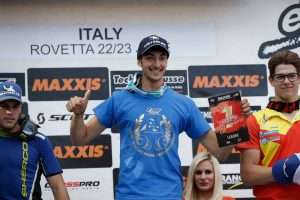 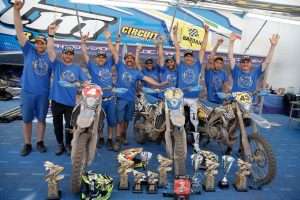