EERO REMES AT PODIUM ON DAY ONE

Last weekend is raced the last round of  World Enduro Championship weblog 2017.

The worldwide event’s theater was the Hawkstone Park’s international motocross circuit and on the race weekend a large audience witnessed the two race days.

Our riders in Day One have all ran a great race. Eero Remes climbed on the second step of the podium after a day full of emotions and in the twelve special test , divided equally between Enduro Test and Cross Test, our Finnish rider impressed in the Enduro class 2.

Always in the same class of Eero Remes the teammate Manuel Monni scored a great seventh position, sin for the fall to the first Enduro Test where the Italian rider lost almost a minute.

In the Junior class Emanuele Facchetti fought all day for the fifth place but had to settle for an eighth position causes a bad fall to the penultimate pass of the Enduro Test.

Our three riders on Sunday, that is raced  for three consecutive hours in the GNCC style, have had several problems and have not been able to shine as hoped for.

EERO REMES
“A two faces weekend, a nearly perfect race Saturday, and a second place won with grimness and tenacity. Sunday an unlucky day to archive.”

MANUEL MONNI
“Saturday I started with a fall to the first round but then I recovered well until seventh place. Today, however, it has been very tough and I closed the tenth place.”

EMANUEL FACTS
“Yesterday I threw a good result in the air with a fall in the fifth Enduro Test. Unfortunately I took a hard shot and today I tried to start but I could not ride.” 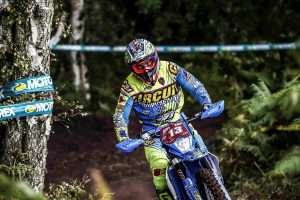 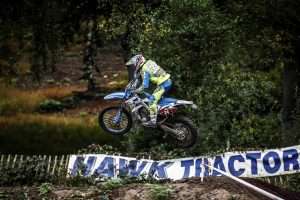 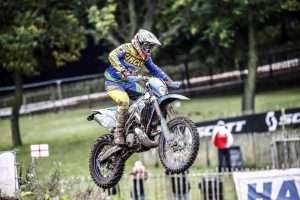 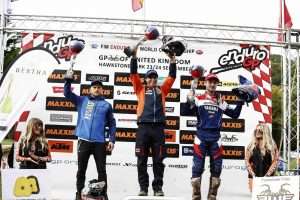