Jarno: “It is always difficult to describe the emotions you feel when you achieve such goals.
Our riders were the absolute protagonists of this Six Days, starting from the first day where they placed in the top ten overall.
We contributed to the victory of the Italian National Team both in the Trophy and in the Junior section.

Our ISDE closes with results above expectations also in the individual classes and in the overall classification.

Matteo Cavallo won the E3 class, Matteo Pavoni finished second in E3 and Lorenzo Macoritto took home the third step of the podium in E1.
In the Manufacturer’s Team classification we close with an incredible second place.

Thanks guys and thanks to all my team who gave their best to support the riders and to the sponsors who followed us in this challenge.

In this case the success repays the efforts made by everyone.

Thanks also to all the National Team staff for their unfailing support!

Now it’s time to look forward to the season finale with the last round of the Assoluti d’Italia at the end of the month”. 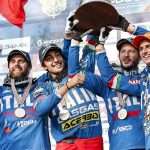 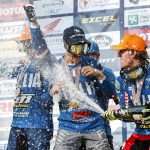 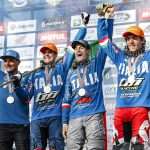 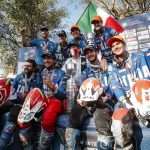 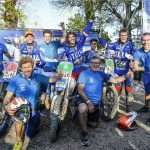