Skip to content
Home/Racing/ENDUROGP 2021 RD05/06 Estonia – Difficult race for Ruprecht. Pavoni and Macoritto on TOP in the junior
Previous Next

ENDUROGP 2021 RD05/06 Estonia – Difficult race for Ruprecht. Pavoni and Macoritto on TOP in the junior

The Estonian GP took place last weekend in Kuressaare, a small seaside town on the island of Saaremaa.

The paddock was positioned near the port of the Estonian town that hosted the third round of the Enduro World Championship while the three special stages were positioned about twenty minutes by car from the paddock. Motoclub Redmoto has designed a sandy Enduro Test inside a wood, a Cross Test in a motocross circuit and an Extreme Special Stage inside a former military area.

Difficult weekend for Will Ruprecht, who after a great start by winning the firsts specials stages, crashed badly, beating his head hard. Wil continued the day at a slow pace, concluding in any case with an excellent second place in his class and fifth overall. The blow was also felt on Sunday and the final score was again a second place in the E2 class and a fifth in the Enduro GP. Wil maintains the leadership in the E2 class and the third position in the EGP.

In the Junior class our riders also in Estonia have clearly dominated their category. On Saturday Matteo Pavoni managed to win over his teammate Lorenzo Macoritto thanks to a very constant race conduct.

However, the Friulian rider made up for it the following day, recording four best times in the Junior class. Lorenzo Macoritto and Matteo Pavoni are respectively the leaders of the Junior 1 and Junior 2 class. In the Junior Absolute classification the leader is Pavoni followed by Macoritto.

Estonia also marks the return of Matteo Cavallo, the Piedmontese rider is not yet at 100% but he started both days of competition by collecting a sixth and a seventh place in the E1 class.

Jarno: “The level of the leaders of the EnduroGP is very high and a small mistake can be paid dearly. Luckily Wil only suffered a big blow that compromised both days due to pain in his head and legs. he has been very strong at not giving up and in the end the points lost are few. The championship still long. Pavoni and Macoritto find himself giving up the Junior, recording excellent times in the EnduroGp.

Next appointment this weekend in Skovde in Sweden, the race program includes the Super Test on Thursday evening, on Friday 23 and Saturday 24 the two days of competition. 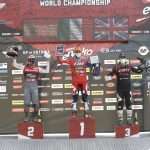 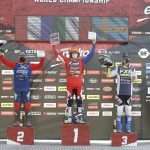 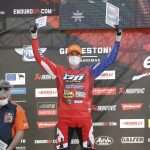 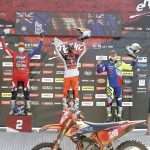 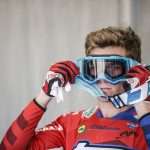 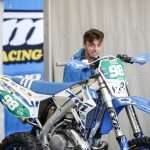 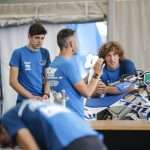 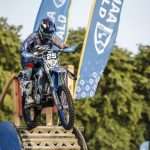 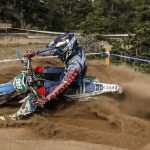 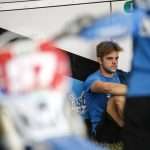 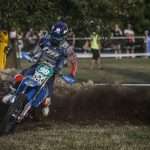 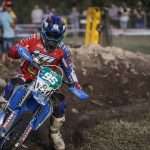 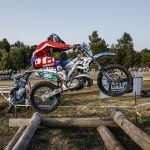 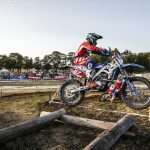 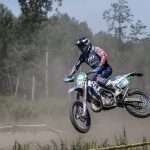