Last appointment with the European Sm Championship on Melk’s beautiful track in Austria, Thomas Chareyre comes to this appointment as a leader but with a small advantage over the trackers.

In qualifying Thomas does not make a mistake and wins the pole position, Diego Monticelli can not find the right setting and does not go beyond the eighth grid position.

At the race 1 Thomas is a lightning strike to center the holeshot and takes control of the operations right away, the world champion sets the perfect 13 races to the lead by marking record times and cutting off the undisturbed finish. Monticelli still in trouble on the first lap passes in 17th place but with a great comeback ends eighth.

The second run for Thomas is the photocopy of the first, great departure and unstoppable rhythm for all who see him as a winner of the day and a new European champion 2017.

Monticelli succeeds in improving his performance by closing in sixth position and thanks to the two results Diego ends second in the championship.

A Euroepo championship featuring the team TM factory that placed the two official pilots in the first two positions.

For the Supermoto there is still an important appointment for the Nations Trophy next weekend where Thomas and Diego have been summoned for their nationals.

Alex Serafini commented on the race: “Another great performance by Thomas who proved to be the most successful driver in the supermoto, we are also happy for Diego who has recovered from his great injury, there is still an effort to get to conclude the perfect season.” 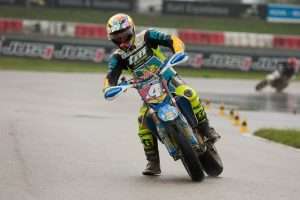 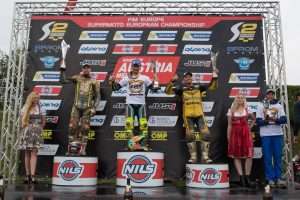 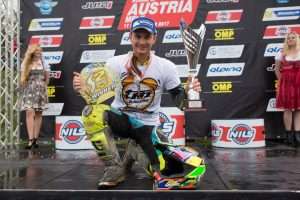 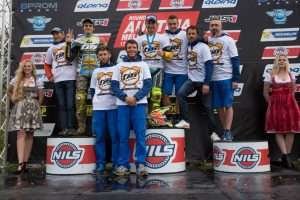