Last act for the Internazionali d’Italia of Supermoto which took place in Castelletto di Branduzzo in the province of Pavia, as for last year’s double race on Saturday and Sunday with different track configurations, Saturday with only the sky section and Sunday with also the dirt part.

Diego Monticelli appears at this last double appointment with still the possibility of being able to win the Italian title, unfortunately the physical condition of Diego after the injury suffered in Portugal and the blow remedied a week ago in Spain in the European does not allow him to be 100% of his physical condition.

In the first day of races Diego in the qualifications failed to find the feeling with the Lombarda track, we remember that Castelletto is a very demanding track from the physical point of view, and he did not manage to do better than the ninth position on the grid.

In race 1 Diego at the start managed to recover a couple of positions, taking the seventh place he held until the checkered flag.

In the second race Monticelli fought as he could to try to recover as many positions as possible but he also tried not to force too much to avoid making mistakes, Diego finished seventh.

On the second day of racing Diego Monticelli because of the knee that still gave him problems decided to get on the track but his performance was not at his height.

Diego led a good race without exaggerating bringing home the necessary points to be able to secure his second position in the championship and try to quickly recover the conditions for the next two important races before the end of the season.

Diego Monticelli also gets the Bronze medal in the International classification.

In a week at Sestriere there will be the last European race and on 21-22 September Diego is called to represent Italy at the Trofeo delle Nazioni, which will take place in France.

Alex Serafini Team Manager comments on the race: “We knew it was not easy to try to win the Italian Championship and in Diego’s physical condition the situation was even more difficult, but I am satisfied that our driver never gave up. Now let’s try to recover it for the last few races. ” 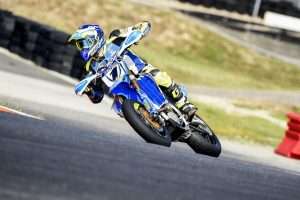 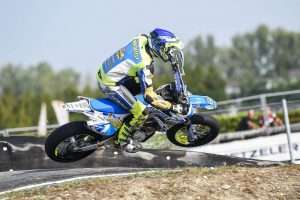 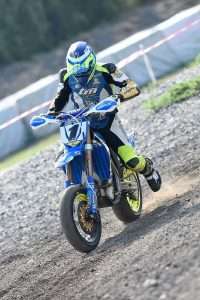 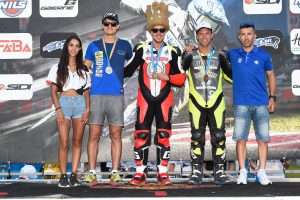 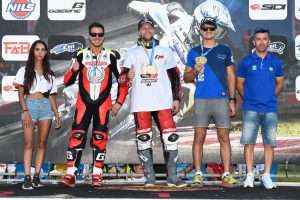