Internationals of Italy Supermoto Round 2 Latina

After almost a month we are back on track for the second round of the Internazionali d’Italia in Latina the great heat has put riders and professionals in serious difficulty, for the Tm Factory Team a good news, the return to the track of Steve Bonnal after the injury suffered before the long lock down.

In qualifying Thomas gets third place and Diego seventh.

At the start of race 1 Thomas got off to a very good start, moving to second position, unfortunately, with the passing of the laps the multiple world champion Chareyre struggled to keep up with his opponents and in order not to make mistakes and frustrate the work he had done, he finished in fourth place , Monticelli was unable to start well and at the entrance to the dirt road he lost several positions, Diego finished eighth.

In the interval between the two races the team worked to try to give its riders a more performing bike and so it was, in race 2 Thomas after a first part as a wait-and-see pulled out his claws and demonstrated his speed and closed in second place. Diego Monticelli also managed to improve by finishing seventh.

Steve Bonnal in the difficult S2 category put on two excellent heats which earned him the third step of the day’s podium.

Just a few days off and then back on track for the first round of the World Championship on the Castelletto di Branduzzo track.

Alex Serafini comments: “It was not an easy day, our riders struggled to find the right feeling and we had to work a lot between the two heats to revolutionize the bike and this brought us a big improvement. I am very happy for the podium in Bonnal, now we go to Castelletto and we will try to defend the title of last year. “ 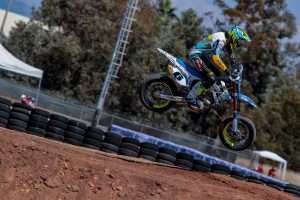 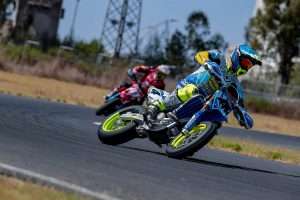 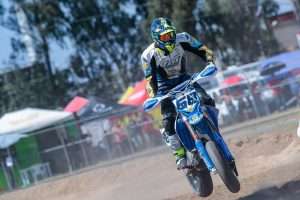 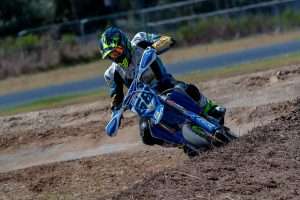 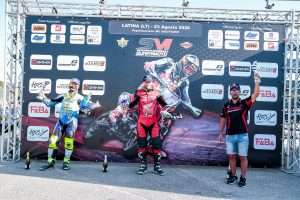 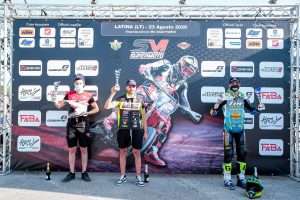