“I know I’ve always been capable of a Top 3 position in EnduroGP!”

After a solid weekend in Dahlen, Germany, ended with a 2/3 in EnduroGP and a 2nd position, tied with Brad FREEMAN (GB – Beta Boano), in the overall, it was time to us to sit and have a chat with the new TM Racing official rider Danny MCCANNEY (GB)…

Hi Danny, what a nice start to the season! Did you expect to be fighting with Brad FREEMAN for the second position in EnduroGP?

Danny MCCANNEY: “Hi guys, yes it’s been a perfect start to the season for me, I know I’ve always been capable of a Top 3 position in EnduroGP. I just think in previous years I’ve not had the bike to click with me how my riding style is and now I feel with the TM it’s something I’ve missed with lots of engine power for many years now and this year I’ve trained a lot more than previously.”

Seems that your TM 300EN fits you perfectly… What are the good points and the one to improve on your bike?

D.M: “The bike has a lot of engine power in the correct areas which is so important in enduro and my riding style. It made me enjoy my riding again… Having this is definitely a big help. I can’t improve any more on the bike it’s down to me now with my riding.”

D.M: “It’s a smaller team which is perfect! It means that all the riders have good attention from the manager especially Luca, who’s a past rider and knows what riders want. He’s a friendly guy and very helpful too, the mechanics are great, they all help each other out and not strictly just on their riders’ machine which I think is good in a team.”

“The best start to the season I’ve had since my Junior title in 2014!”

What are your expectations for the season in EnduroGP and in E3?

D.M: “I want to win races! I know I can and I feel this year is my best chance to and that’s what I’m going to be aiming for the rest of the season.”

Talking about Steve HOLCOMBE, he has been impressive in Germany… How can you stop him?

D.M: “Steve was strong in Germany, I know from there some of my weaknesses which I’m going to try and improve… I won some Enduro Test which proves I’m capable of. I just need to string it all together, it’s the best start to the season I’ve had since winning the Junior Enduro World Championship in 2014!”

We know you’re training a lot with David KNIGHT in the Isle of Man. Did you have a role in his return to the World Championship?

D.M: “I think the advertisement of the race brought David there… he’s a past champion who still loves racing, and that’s a perfect reason for him to return back to the World Championship Open Cup. It’s good to see someone like him putting back into the sport which gave him success, hopefully some more riders like him do the same too.”

What’s a day in the life of Danny MCCANNEY out of the races?

D.M: “Living on the Isle of Man includes a lot of traveling… This year I’m doing the British Enduro and Italian championship too. When I have time at home I’m either training on or off the bike or spending time with my girlfriend Steph and our dog buddy, enjoying life.” 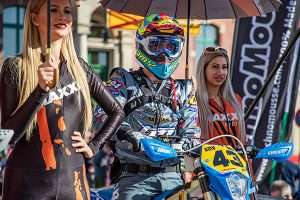 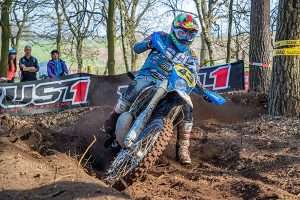 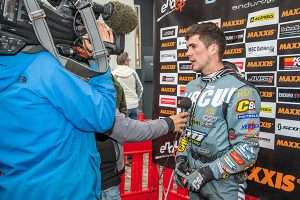