Skip to content
Home/Racing/Italian Supermoto Round 4 Pomposa Championship.
Previous Next

We have reached the fourth round of the Italian Supermoto Championship which took place on the Pomposa track, unfortunately it was not possible to race on the new track because the works were not yet completed and consequently we returned to the old system. On Saturday the riders turned very little due to the violent storm that broke out making the bottom very slippery.

The Tm Factory Racing team showed up at this race with only Diego Monticelli, Thomas Chareyre in view of the next major world and European commitments, he will race in Poland next 29-30 June, together with the team they decided to rest.

Diego Monticelli struggled a lot to find the right setting and the feeling with the track and in qualifying he was unable to go beyond eighth place.

During the break before the heats the team worked to find a solution to the problem and try to put our driver in the best conditions.

Of course, starting from the back of the field on a track where overtaking is very difficult Diego tried to straighten a race all uphill.

In race 1 Diego did not have a great start and was not able to find the right passage to overcome his opponents and was satisfied with eighth place.

In the second race, Monticelli improved his performance a lot by setting some good times and was able to climb up the ranking to sixth place.

The Tm Factory Racing team is preparing for the long trip to Poland for the third race of the European Championship. 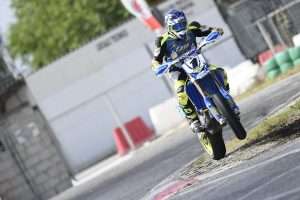 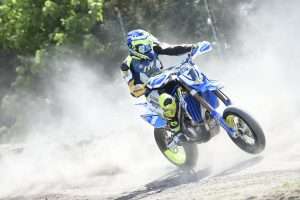 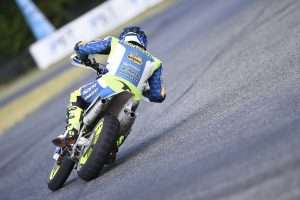