SCHIMIDT WINS S1 CLASS ON THE SAME SCORE WITH CHAREYRE, STEVE BONNAL LEADING S2 CLASS, VANDI ON PODIUM OF S4 CLASS, SANCHIONI IS CLOSE BEHIND HIM.

The L30 Racing Team riding TM Racing m.y. 2021 faces the third round of Italian Supermoto International Championship on Viterbo’s circuit and still giving a show in all classes.

In S1 class, the team composed of the reigning champion Marc Reiner Schmidt, Thomas Chareyre, Diego Monticelli and the young Luca Bozza is always at the start on the SMX 450 factory.
In race 1 Thomas Chareyre starts in front of everyone, imposing an impressive pace that allows him to run away immediately from Marc Reiner Schmidt, who after studying his teammate prefers to control, finishing in second position.
Diego Monticelli starts well and is in fourth place which he will keep until the finish line.
Luca Bozza in the premier class, after being overtaken, manages to react and finish in ninth position.
In race 2 Chareyre is still the fastest guy at the start and after few laps he would seem able to repeat the success of race 1, behind him still Marc Reiner Schmidt, that on the fifth lap going to take the lead. Schmidt constantly improve the leading and decisively wins the second race, surprising Chareyre.
Monticelli starts badly this time, but regularly returns to fourth place, proving that with a good start he could have been with the leaders.
Luca Bozza ends his race in eleventh place after a good start.

In S2 class, Steve Bonnal gets a fantastic double win, consolidating the red table of championship leader. For him two exceptional starts, which allow the Frenchman to lead both stages from the first to the last lap without any difficulty.
This great result launch Bonnal to the top of the class, with a good pack of points also for the remaining rounds.

Kevin Vandi, Alessandro Sanchioni, Lorenzo Papalini and Giovanni Galloni once again at the start of S4 class, which as always takes place entirely on asphalt.
In race 1 a problem at the start for Vandi forces him to start from the pit lane, but he will be author of a solid comeback and surprisingly finish in fourth place.
Sanchioni starts third and after a very tight race will be able to finish in second place with a sprint finish just a few cents behind the winner.
Crash at the start for Papalini who restarts from the last position, he was in bad condition, but will be able to finish the race in twenty-fourth place.
Galloni sprints well and manages to stay close to the top ten for half of the race, but with a few laps to go, a slight drop forces him to fifteenth place.
In race 2 Kevin Vandi starts well immediately and joins the leader placing himself in second position rejecting Sanchioni’s attacks, he will finish with a solid second place and third place overall remedying the unfortunate episode of heat 1. Sanchioni is immediately behind him, but at lap 10 he must be passed by the opponent who follows him, finishing in any case in fourth place overall.
Papalini recovered after the fall of the first race manages to find a good pace, concluding with an excellent tenth place.
Galloni further improves his performance starting in thirteenth place and maintaining a great pace until reaching the final twelfth position.

IVAN LAZZARINI: “Third weekend of Italian International Supermoto Championship, we are fully satisfied again today for S1 and S2 classes. In S1 the fight between Schmidt and Chareyre is repeated, one win each and a good pace for both. Monticelli finished fourth, but I am sure that we could have done even better, again in S1 Luca Bozza struggled, but he managed to do a good performance.
In S2 races Bonnal has returned to dominate the class, we could not ask for anything better.
The S4 class was the most difficult for us, Vandi had a problem in the first heat, starting from the pit lane, but he was author of a great recovery up to fourth place and the consequent third overall.
Sanchioni was always close to the leaders, but in S4 class we still must work hard. Galloni and Papalini also did well in this class and obtained twelfth and fifteenth place respectively, a shame for Papalini’s crash in the first heat.
Now final preparations for the upcoming World Championship, see you!”. 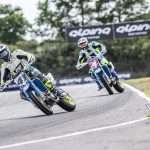 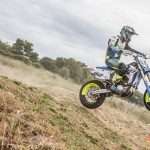 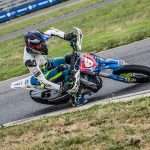 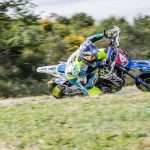 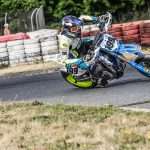 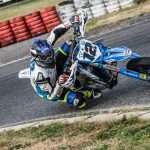 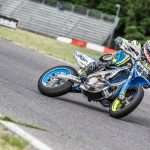 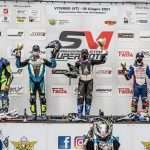 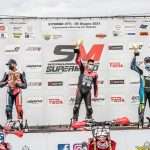 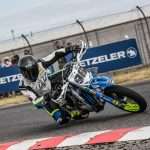 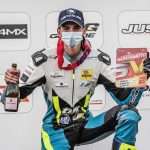 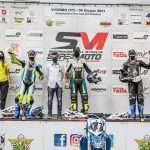