Last weekend took place the last act of the Enduro World Championship  and the TM Racing Factory Team celebrated the victory of Loic Larrieu in the E2 class.

A heart-pounding season finale and a win right at the last special after a dominating weekend for our French rider Loic Larrieu.

A perfect weekend for Loic Larrieu: victory in Day One in the E2 class and relative overtaking of the current class leader, victory in the Enduro GP and in the E2 class on Sunday and the final celebrations for a title chased throughout season.

In addition to the title of world champion of Loic Larrieu, the TM Racing Factory Team also celebrated the title of runner-up of Dany McCanney in the E3 class.

The rider of the Isle of Man tried in every way to win the E3 class title with all his usual grit  and determination.   Excellent performance for Andrea Verona in the E1 class, the Venetian rider took an excellent second place in the opening day, also achieving excellent absolute times.

The TM Racing Factory archived  the last act of the Enduro World Championship now will return to Italy to take part in the final stage of the Assoluti d’Italia di Enduro.

“There are no words to describe my happiness, I dedicate this title to all the people who have been close to me and to the whole team. Thank you so much.”

“Even here in France I struggled with all my strength to get the best result. The final second place in the E3 class and the excellent performances in the Enduro GP are a great result “.

“Here in France I raced with the bike that gave me the Junior title and honestly I really enjoyed the three special tests . The excellent result of Day One bodes well for next season. ” 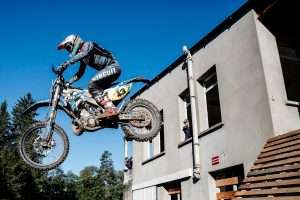 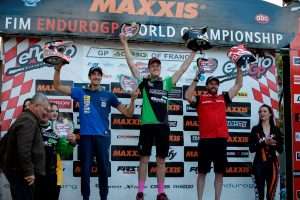 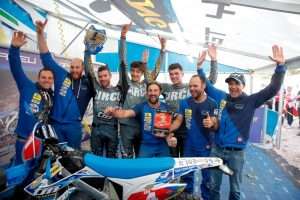 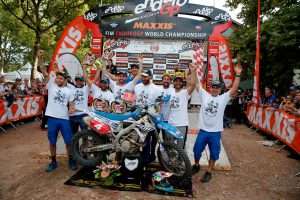