Skip to content
Home/Racing/Motard, 3 round European and World Championship in Forcarei: L30Racing keep games open in all class!
Previous Next

Motard, 3 round European and World Championship in Forcarei: L30Racing keep games open in all class!

The L30 Racing Team riding TM Racing m.y. 2021 makes a stop in Spain, in Forcarei for the third round of the European and World Championships, fielding the usual impressive squad and obtaining great results with the two senior riders of respective classes: Thomas Chareyre and Kevin Vandi, the Frenchman in fact wins the Fast Race and was second of the day on the high level Forcarei’s track.
Vandi climbs on the podium and keeps the championship open, thanks to an amazing second heat.

In S1 class, Thomas Chareyre, Diego Monticelli and Patrick Pals are at the starting grid on the SMX 450 factory, ready to do battle.
In race 1 Thomas Chareyre starts well and after six laps he launches the pass that will allow him to move into the lead. Chareyre stretches significantly with each pass, but a mistake during the twelfth lap will prevent him from taking a victory already in his hands.
Diego Monticelli started from seventh place, will be able to do a good comeback, finishing fifth at the finish; Patrick Pals appeared to be growing, his seventh place in the race, the result of some strong overtaking.
Race 2 is run with the “Fast race” formula, Chareyre is second at the start, but within a few corners he takes the lead, not conceding anything to his opponents and winning in front of checkerd flag.
As in the previous round, Monticelli is the author of a regular race, maintaining the sixth position from the first to the last lap.
Pals instead obtained the ninth place, unable to replicate the performance of the opening heat.
In the super final Chareyre sprints in third place and will be able to conquer the second position after having fought a good duel, this result also gives him the second overall and the conquest of further points in his advance.
Monticelli manages to repeat the sixth place he won in the Fast Race and thus earns the fifth place of the day.
Still in attack mode the race of Pals who after a few overtakes will get the eighth place.

In S2 class Luca Bozza touches the podium with the final fourth place, while Steve Bonnal’s day is strangely characterized by too many mistakes and two less than optimal starts.
In race 1 Luca Bozza and Steve Bonnal are both authors of two starts to forget, Bozza makes a mistake in the initial stages and loses contact with the leading group, while Bonnal slips into the dirt section, effectively leaving the door open to his opponents. At the finish line Bozza is fifth, while Bonnal is sixth.
In race 2 an excellent start for Bozza, who sprints in the leading group setting very interesting lap times, a performance to remember, which translates into fourth place in the heats, but also in the overall standings.

In S4 class Vandi is the only one to get on the podium, obtaining third place and keeping the championship games open, while Sanchioni manages to hit the podium only in the first moto, due to a crash in the final one.
In race 1 Alessandro Sanchioni is very fast at the start and will be able to maintain the second position for about half of the race, giving up only at the end, but with an excellent third place.
Not far away is Kevin Vandi who, after a short recovery, will come fourth right away.
In race 2 Vandi guesses the start and above all improves his pace compared to the opening race, after having been in the lead for several laps, Vandi will only bend to the leader of the classification, finishing second and conquering a well-deserved podium.
An exceptional start for Sanchioni, behind his mate Vandi, but when he is in second place Alessandro makes a mistake, ending up at the bottom of the very fast group. For him only the ninth place.

IVAN LAZZARINI: “For this third round of the championship another solid race for Chareyre, who shortens the distance from the leader in the standings, all despite the crash of the first race when he was firmly in the lead. This second place of the day is very useful for our goal: to win.
Good race for Monticelli, who managed to overtake himself, reaching a deserved fifth place overall, Pals continues his growth, further improving and conquering eighth place.
As for the S2 European Championship, we are not very satisfied, because the results obtained could certainly be better: Luca Bozza and Steve Bonnal unfortunately made mistakes in the first race and even the starts in Steve’s case in race 2 were not good. However, Luca redeemed himself in the second heat, getting a great start and finishing fourth.
In S4 class Sanchioni and Vandi were fast, but there was a lack of regularity, in fact only Kevin managed to get on the podium, also thanks to the great result of race 2 who finished in second place. Alessandro, on the other hand, pay for the crash of the final stage.
Globally the championships are still open and therefore we will fight in Sestriere to return to victory”. 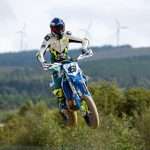 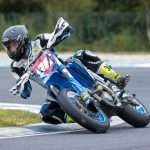 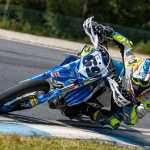 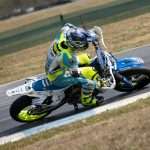 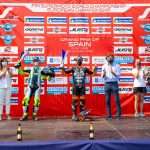 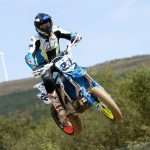 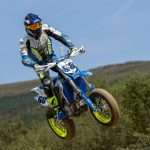 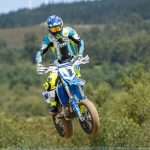 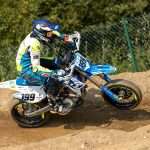