The L30 Racing Team comes to Latina for the fifth round of the Italian International Supermoto Championship, placing its TM Racing m.y. 2021 on the podium of all classes.

In S1 class the L30 Racing team fielded the usual 4 riders: Marc Reiner Schmidt, Thomas Chareyre, Diego Monticelli and Luca Bozza.
In race 1 Thomas Chareyre is the fastest rider at the start, Marc Reiner Schmidt is on his wheel, the two immediately impose a great pace in the race and will be impregnable, finishing in the same order; despite a crash, Schmidt takes second place behind Chareyre.
Diego Monticelli contributes to a beautiful record for the Team by finishing in third place, with 3 bikes TM L30 Racing in the first 3 places.
Luca Bozza not starting well, but he will set very interesting times, his eighth place.
In race 2 Chareyre starts again in front of everyone, with Schmidt on his back. On the fourth lap Schmidt launch the decisive attack taking the lead and going to win, with Chareyre in second place, the two teammates finish with the same score in the overall.
Monticelli shows a regular race constantly with the leaders, finishing fourth at the finish line and overall.
Luca Bozza conquers the sixth final place, proving to have a great pace.

In S2 class Steve Bonnal wins the first race, after starting second; the overtaking on the fifth lap was decisive, allowing the Frenchman to win the first step of the podium.
Unfortunately, Bonnal will not be able to replicate the result in race 2, but after a crash on the third lap shows a consistent comeback from the back of the pack, up to the final sixth place.
Another podium for Bonnal, who gain valuable points for the championship, with third place in the overall standings.

As in S1 class, L30 Racing team fielded 4 riders: Kevin Vandi, Alessandro Sanchioni, Lorenzo Papalini and Giovanni Galloni.
In race 1 Vandi starts in front of the pack, engaging a beautiful fight with his direct opponent, a first heat that marks the return of an incisive Vandi, who finished in second place.
Sanchioni starts in fourth place, but will be able to maintain the third place for a few laps, giving up the position again only at the end.
Average start for Papalini, that in the first lap is tenth and then going to conquer the thirteenth place.
Galloni proves to have a good feeling with the Latina’s track, a race all on attack for him, after starting in sixth position he will be able to take an excellent eighth place.
In race 2 Kevin Vandi surprises everyone at the start and takes the first position, the race is totally to be written because the opponents are on fire, but Kevin after losing second place for a few laps, will be able to win the heat and the Grand Prix on the last lap, reopening the championship.
Bad luck for Sanchioni, who was forced to retire after a crash when he was in third position.
Same fate for Galloni, who will finish twenty-third after a good start due to an inconvenience.
Great second heat for Papalini, despite the start in tenth position: for him the final sixth place and an excellent race pace.

IVAN LAZZARINI: “The weekend in Latina ends in a very positive way, in S1 class another win for Schmidt on same points with Chareyre; they have once again proved to be the best riders of this class.
Very well also Monticelli, who with a third and a fourth place still finishes in first positions. Also for Luca Bozza it was a good weekend, unfortunately bad starts for him, but lap times were really good.
Finally, in the S4 class we find a great Vandi, who drove as he knows, winning race 2 and the overall, reopening the championship.
Unfortunately, for Sanchioni a race compromised by a crash, but we are sure that he will be on top in the next rounds.
Galloni and Papalini also did well, always close to the top positions.
In S2 class, great win in the first moto for Bonnal, unfortunately a crash in race 2 for him, which ended in sixth place, but we still on the podium.
Now we fare focused on the two final rounds in Castelletto di Branduzzo, which will assign the titles of this 2021 season.” 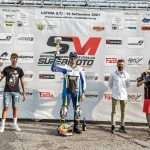 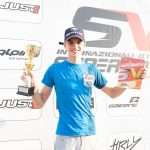 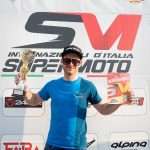 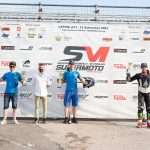 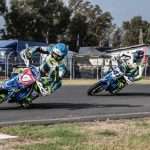 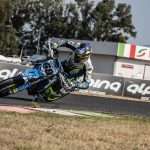 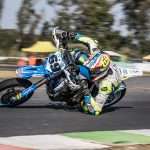 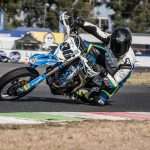 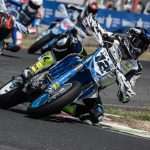 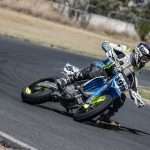