Skip to content
Home/Racing/MOTARD: L30 RACING AT THE SUPERMOTO NATIONS IN CAROLE, FRANCE
Previous Next

MOTARD: L30 RACING AT THE SUPERMOTO NATIONS IN CAROLE, FRANCE

THOMAS CHAREYRE BRINGS FRANCE ONTO THE TOP OF THE WORLD AGAIN, MONTICELLI WITH AN AMAZING WIN BRING ITALY IN SECOND PLACE OVERALL

The L30 Racing Team lines up at the start of the Supermoto of Nations hosting 4 nations under its own structure: France, Italy, Estonia and Israel; the Team led by Ivan Lazzarini and riding the TM Factory collects successes both in the individual classification and in the team classification; allowing Thomas Chareyre to win another title with the French team, right in the home race.

In race 1 Diego Monticelli (ITA) on the SMX 450 factory sprints very quickly in the lead, but on the third lap he is overtaken by Thomas Chareyre (FRA), who quickly sets an unsustainable pace and flies to victory, ahead of Monticelli.
Patrick Pals (EST) after a good start, reaches the tenth position, which he will keep for a few laps in the first part of the race, to then finish twelfth; while Prants Pals (EST) will finish 18th.

At the start of race 2 the fastest is still Diego Monticelli (ITA), who will be able to regulate his opponents up to the checkered flag, reaching one of the most important successes of his career; for him a great win, with Italy on top of the overall team standings with 19 points ahead of France with 25 points.
Steve Bonnal (FRA JR), at the start of this heat, after a convincing comeback, is classified in sixth place.
Estonian Prants Pals (EST) is also at the start, reaching the nineteenth finish line in its first international experience.

In the third race Thomas Chareyre (FRA) recovered the group and from the seventh position quickly reached the lead after a heated duel with his opponents, in support of Chareyre’s result also the other Frenchman at the start, Steve Bonnal (FRA) conquers the sixth place, bringing France on the top of the podium.
Estonia still in the top ten with an excellent Patrick Pals (EST), a very solid race for him.

IVAN LAZZARINI: “we have been committed to supporting our drivers by representing 4 nations, a great success for Thomas who reconquers the Trophy of Nations with his France, Monticelli made a crazy race for Italy, winning the second heat, was a pity for the trophy that has vanished for our nation; but looking at the results of our riders we are really proud.
For the Pals brothers, it was a great experience, Patrick is already accustomed to international events, while Prants was making his absolute debut; they brought Estonia to eighth place, well done.
We also supported the Israeli national team, which benefited from our structure and experience.
A beautiful all-round weekend full of emotions. “ 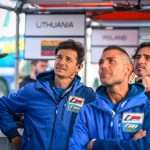 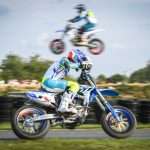 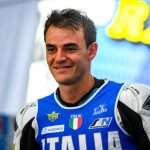 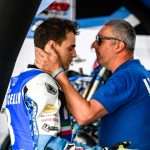 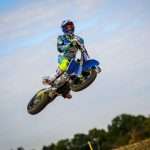 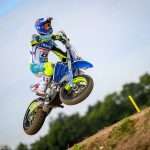 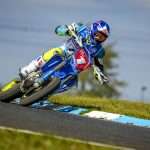 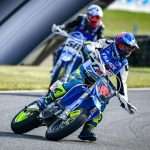 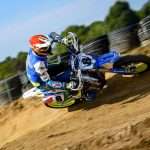 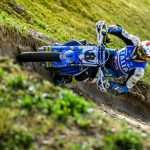 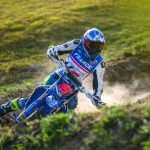