Skip to content
Home/Racing/MOTARD: L30 RACING RETURNS TO SESTRIERE FOR THE WORLD AND EUROPEAN SUPERMOTO CHAMPIONSHIP
Previous Next

MOTARD: L30 RACING RETURNS TO SESTRIERE FOR THE WORLD AND EUROPEAN SUPERMOTO CHAMPIONSHIP

THOMAS CHAREYRE TAKES SECOND PLACE IN S1 CLASS AND STILL IN THE FIGHT FOR THE TITLE, STEVE BONNAL ON THE PODIUM IN S2 CLASS, LUCA BOZZA FOURTH WITH SAME POINTS

The L30 Racing Team riding TM Racing m.y. 2021 arrives again in Italy, on the proven Sestriere city circuit, for the fourth round of the World and European Championships, the team led by Ivan Lazzarini did not win, but got valuable points in view of the last two seasonal appointments.
Chareyre is confirmed at the top, with the second place overall, while Bonnal gets the third place in the European Championship.

In S1 class, on the SMX 450 factory at the start there are: Thomas Chareyre, Diego Monticelli and Patrick Pals.
In race 1 Thomas Chareyre start in third position, keeping it for a good part of the race, on the fifteenth lap Chareyre attacks, going to take second place.
Diego Monticelli does not find a good feeling with Sestriere’s track and gets seventh place after a difficult race; Patrick Pals conquers a great result, his seventh position, maintained throughout the race, close to the best. Unfortunately, Pals will then be downgraded by 5 positions.
Race 2 “Fast Race”, Chareyre finds himself in ninth position on the first lap, immediately begins a formidable recovery, which will take him to the eighth lap in fourth position. Chareyre is not satisfied and will be able to take second place and the best lap at the end.
Monticelli sprints very quickly at the start and will be able to maintain the fourth position for a few laps, and then retreat to the final seventh position.
After a good start, Pals will finish a difficult race in twelfth place.
In the Super Final Chareyre starts well, he is immediately second. A beautiful duel for the win, but this time Thomas will have to settle for second place at just 17 points from the top of the championship standings.
Monticelli fall at the first lap and starts again at the back of the pack, but will be able to recover up to seventh place, with a good speed; Pals has a good start, but will finish twelfth.

In S2 class at the start Steve Bonnal and Luca Bozza, the Frenchman manages to get on the podium again, with the third final place, on equal points with his teammate Bozza.
In race 1 Luca Bozza start in fourth place, taking Bonnal to his wheel, the two riders struggle to find the right pace, but will manage to contain their opponents, finishing in the same starting position, fourth and fifth respectively.
In race 2 Bonnal is fast at the start, he immediately moves to third position close to the first two, good race pace for the Frenchman, who will finish on the podium, obtaining the third place in the race and during the day; the championship is still open for him.
Bozza is immediately behind him, he is fourth, after a regular race. Even for Luca the championship remains mathematically open, with the fourth position in the standings and 28 points behind the leader.

IVAN LAZZARINI: “A weekend where we limited damages, Thomas got 3 second places on a track that was not easy for him, good for us the second place overall.
Still in S1 class, Monticelli was not comfortable on the city circuit, on Saturday in the rain he obtained the sixth time, while in the races he was unable to enter the fight for the top, excellent recovery in the third heat after the crash in the start, where he obtained the seventh place and overall. We are also satisfied with Pals’ performance, who finished in seventh place in the first heat, but unfortunately was relegated by 5 positions due to the sound level test.
As for the European Championship, we struggled; in any case Bonnal takes the third place overall on equal points with Bozza, Steve and Luca keep the classification open, it will be hard, but we will try until the end.
Now we are preparing for the two final races, the first one will be in Castelletto di Branduzzo”. 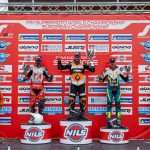 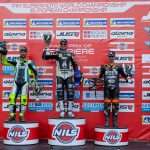 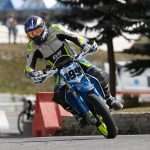 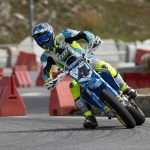 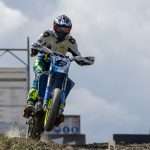 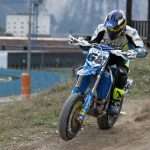