Skip to content
Home/Racing/MOTARD: TM RACING AND L30RACING CONQUER THE WORLD GRAND PRIX IN THE CZECH REPUBLIC WITH THOMAS CHAREYRE
Previous Next

THOMAS CHAREYRE WINS S1 CLASS AND SHORTES THE DISTANCES FROM THE LEADERSHIP, STEVE BONNAL AND LUCA BOZZA STILL ON THE PODIUM IN S2 CLASS

L30 Racing Team riding TM Racing m.y. 2021 comes in the Czech Republic, in Visoke Myto for the second round of the World and European Championships, fielding the usual, impressive formation and obtaining great results with the “young riders”: Luca Bozza and Steve Bonnal. Chareyre returns to the top of the podium earning valuable points for the championship.

In S1 class, the reigning champion Thomas Chareyre, Diego Monticelli and the young Patrick Pals are lined up as usual on the SMX 450 factory.
In race 1 Thomas Chareyre starts in the lead, imposing an impressive pace on the race and despite the speed of his opponents, managing to win the heat. Diego Monticelli started from fifth place, tries to move up the pack and at the end, after a heated duel he will reach sixth place; Patrick Pals starts badly and will be able to recover some positions, arriving eleventh at the finish.
Race 2 is run with the “Fast race” formula, Chareyre is second at the start, another hard-fought race is expected to win, on the seventh lap Thomas must be overtaken by an opponent into third position, but under the checkered flag he will conquer second place.
Monticelli has done a regular race, keeping the sixth position from the first to the last lap.
Positive race for Pals, who manages to start well and find the right pace to get the final ninth place.
In the super final Chareyre is third in the first laps, but he will be author of a masterful race, overtaking his opponents, winning the final and also the overall classification of the Czech Republic GP, now Thomas further shortens the gap from his opponent in the championship. Monticelli is forced to recover after a difficult start, coming under the checkered flag sixth, still a top ten for Pals who gets ninth at the finish.

In S2 class, confirmed as usual the two young riders: Luca Bozza and Steve Bonnal, who once again show their level, remaining in contention for the European championship, both climb on the podium in Visoke Myto.
In race 1 Luca Bozza has done a good start, but not only: also of an amazing race, crowned by the second place. Steve Bonnal, on the other hand, finds himself in fifth position on the first lap, but with a lot of determination he will climb the rankings getting third place, immediately following his teammate.
In race 2 an excellent start for Bonnal who sprints in second place, meanwhile a difficult start for Bozza, in sixth position.
Steve resists the attacks of his opponents and after having been third for a few laps, he will be able to conquer the second position overall.
For Bozza the sixth position, but an excellent third place overall of GP, reaffirming his concreteness.

IVAN LAZZARINI: “It was a perfect weekend for us, with Chareyre demonstrating his superiority, rejecting the attacks of really tough opponents; now we have also shortened the distance from the top in the championship. Monticelli did well getting the sixth place overall, Pals in his second race of the season still got the ninth place, continuing to increase the feeling with the bike.
As for the European Championship Luca Bozza and Steve Bonnal got on the podium again and keep the championship open, Bozza went really fast in the first heat and Bonnal continues to prove to be at an excellent level.
Now let’s think about the next round on August 22, in Spain.” 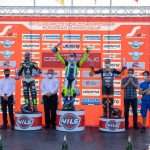 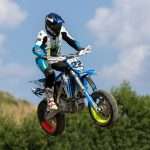 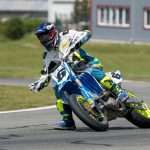 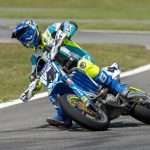 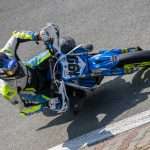 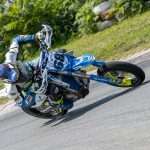