The world motocross begins its season with the GP of Patagonia in Nequen, very fast and very technical track. The heat was the protagonist with temperatures above the seasonal average and the pilots struggled to adapt to these conditions.

The team Tm Factory Racing is presented in full at this first date, Samuele Bernardini and Max Nagl, the strong German rider has completely recovered after the small injury suffered during the Internazionali d’Italia.

On Saturday, Max Nagl was unable to find the right feeling with the track Argentina and was unable to score a good time in qualifying, at the start of the race Nagl has improved and managed to start very well and going to recover several positions by crossing the finish line in 15th position. Samuele Bernardini who is continuing the recovery from the intervention that has kept him off the whole last season has gone on track to improve the physical condition and increase the feeling with his 250, Samuel has played a qualifying heats without exaggerating finishing at 16 ° place.

At the start of the first round of the MXGP Nagl manages to get out perfectly from the gate and on the first lap he passes into the group of the first ten, unfortunately some small mistakes made him lose some positions and at the end of the race he conquered the 13th place.

Excellent the second run of the German driver who fought like a lion, Max has put on another excellent start and with a great pace he crossed the line in eighth position.

Samuele Bernardini at the start of the first heat was not lucky, involved in the group crash at the first corner and left in last position. Samuele did not lose heart and with a great comeback he finished 15th.

In race 2 Bernardini started very strong and in the first lap he was eighth, in the course of the heats because of his physical condition, he did not have to increase his pace and ended his GP in 17th position.

The TM factory Racing team is getting ready for the return to Europe and in fifteen days it takes to the track at Valkenswaard in the Netherlands.

Marco Ricciardi comments on the race: “We are satisfied for this first race, our riders are getting back in shape, Max was very good after a difficult Saturday and in the second heat he showed he could stay with the first, shame for Samuel in the first race that had to come back from the fund. We are very confident for the next races.” 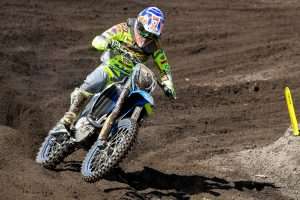 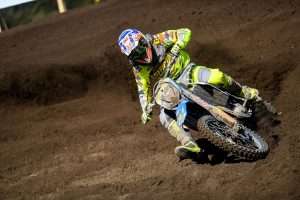 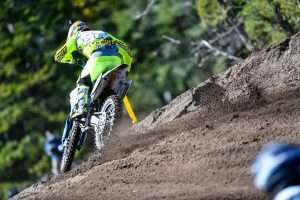 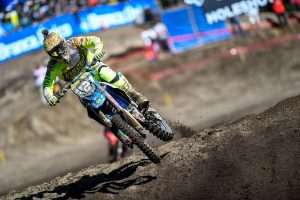 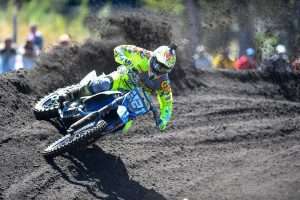 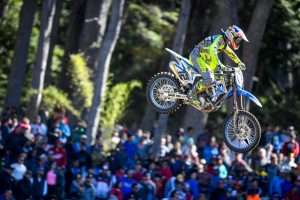