Skip to content
Home/Racing/OUR TWO RIDERS STAND OUT IN CARSOLI VERONA ON DAY1, LARRIEU ON DAY2
Previous Next

OUR TWO RIDERS STAND OUT IN CARSOLI VERONA ON DAY1, LARRIEU ON DAY2

Last weekend Carsoli, a small village in the province of L’Aquila hosted the third and fourth round of the maximum Italian enduro championship.

Our two riders  ran an excellent race, Andrea Verona conquered podiums and victories in the 250 4T class and in the Overall while the French rider Loic Larrieu ended the race weekend with a third place in the Foreign class on Day2.

Andrea Verona had a splendid Day1 going one step away from the overall victory, touched for 9 seconds, and he won the 250 4T class recording the best time in six special tests out of the nine scheduled.

On the following day, the Veneto-based rider failed to repeat himself and his final score was a second place in the 250 4T class and a tenth in the Overall.

Second Italian race of 2020 for the French rider Loic Larrieu, on Day1 the reigning world champion of the E2 class ran without taking big risks conquering an overall tenth place and a fifth in the Foreign class.

On the following day, Loic Larrieu made up his mind by going close to the podium in the Overall and taking a third place in the Foreigners class.

“For me Carsoli was an excellent training in view of the first race of the world championship and the opening of the season of the French championship which is scheduled for September. Now a month of intensive training to be fit for the French GP. ”

“An excellent race weekend for the result, especially on the opening day, but also in anticipation of the enduro world championship which will be in mid-September in France.” 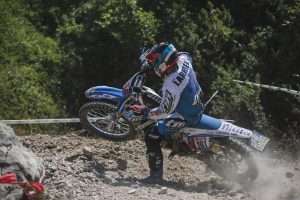 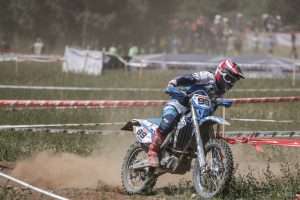 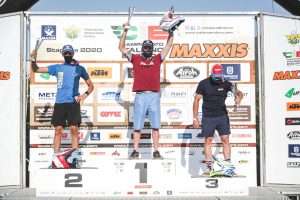