Last weekend the second stage of the 2021 FIM EnduroGP  took place in Edolo (BS), a village in the Camonica Valley a few km from the Mortirolo Pass, and as usual our riders gave spectacles, victories and podiums in the Italian GP.

A weekend full of emotions thanks to a real enduro race course packaged in an excellent way by the Sebino Moto Club and an enthusiastic cheer as only the Italian GP is able to give to the riders.

The order of the race course of the Italian round included three special stages to be covered four times in both days starting with a selective Enduro Test, followed by an insidious Cross Test and an Extreme Test characterized by sandy and stony ground along the Oglio river.

In EnduroGP Will Ruprecht ran an excellent Day 1 compromised by a small mistake in the last special stage that made him lose his victory in EGP. Also on the following day, the Australian rider impressed with his speed and determination. His final score is another second place in the EnduroGP which confirms a start to the season beyond expectations. In E2 Will imposes himself with a splendid double victory and confirms himself at the top of the provisional standings by ten points behind his rival in second position.

Absolute domination of our two riders in the Junior class, Lorenzo Macoritto and Matteo Pavoni.

In Junior 1 Lorenzo Macoritto continues his triumphal march by scoring a splendid double win in the Italian GP.

Also in Junior 2 Matteo Pavoni dominates the class, conquering his second double victory and the top of the classification with full points.

In the Junior class, both of our two riders fought in the two days of competition, leaving little space for the opponents. Matteo Pavoni managed to win on both days, confirming himself as the leader of the Junior Absolute classification. For Lorenzo a third and second place which confirm him behind his teammate in the Championship.

Jarno: “Another positive weekend, almost impossible to ask for more. I am very happy with how our riders faced the race, always giving 100% without taking unnecessary risks. An excellent approach also considering that there are several races to go to the end of the Championship. ” 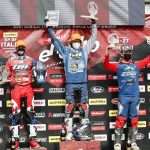 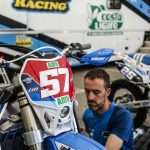 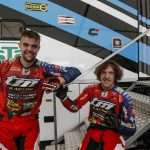 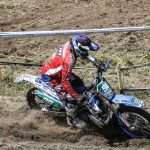 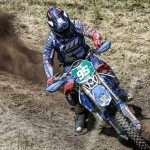 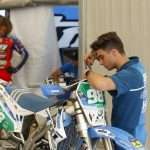 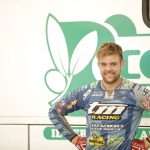 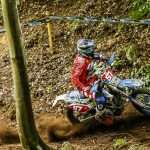