The last race of the European Supermoto took place on the city circuit of the Sestriere, a fast track with very little stretch in a dirt road, a circuit where it was practically impossible to overcome and it was difficult to make the difference.

Thomas Chareyre showed up to this race with 15 points to be recovered on Pavel Kejmar.

In qualifying Thomas Chareyre tries not to risk and takes home the second position on the grid, Monticelli can not find the right feeling with the track and must settle for the eleventh box.

At the start of race 1 Thomas was lightning to take the lead of the race at the first corner, Chareyre for all 20 laps of the race controlled the attacks of Class that was behind him. The Frenchman wins the race and thanks to the bad performance of Kejmar Thomas manages to recover 13 points.

With only one run available, Thomas Chareyre only has to recover two points to be Champion again.

Diego Monticelli manages to recover some positions and closes in eighth position.

When the traffic light of the second heat is over, Thomas is once again exceptional at the start and takes the lead.

During the pit lane race he informs him that Kejmar is sailing in the rear and not to risk losing the title Thomas leaves his rivals and ends in fourth position that earned him the second place of the day and the second continental title in a row.

Thomas Chareyre enters the history of the Supermoto with 6 World Titles and 2 European Titles.

It closes a season that before the last race seemed lost but thanks to the talent of Thomas Chareyre the TM Factory Team is European champion both drivers and brands.

Last appointment with the Supermoto at the end of September with the Nations trophy.

Alex Serafini comments the race: “We can say that the miracle happened, recovering 15 points in two heats is something extraordinary, Thomas is a true champion never gave up even when he was injured. I have to thank all the team that worked to achieve this goal. “ 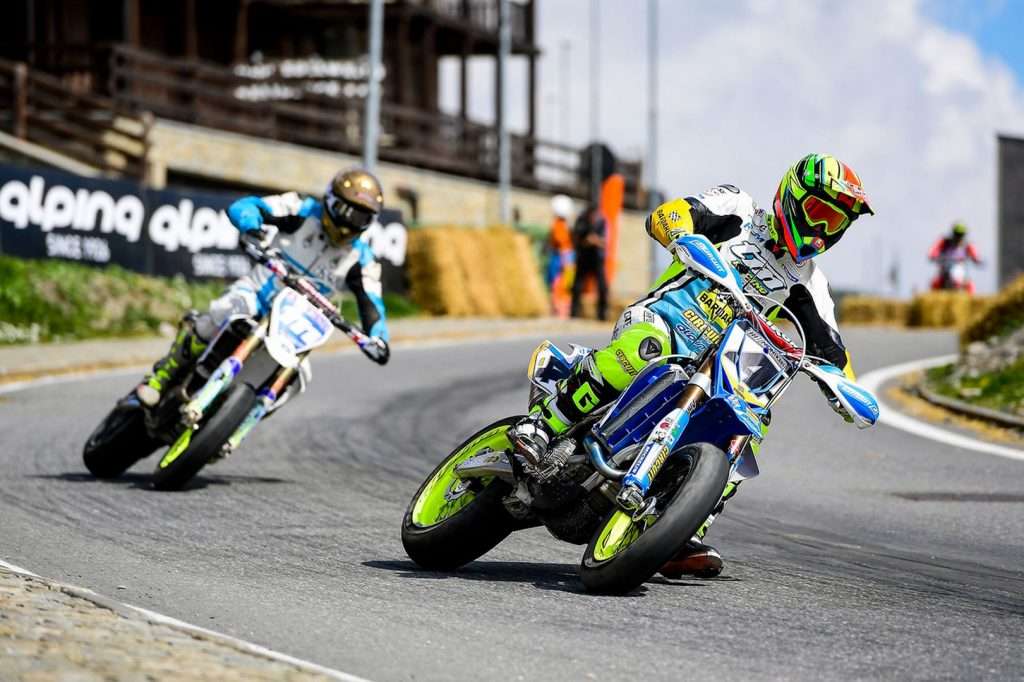 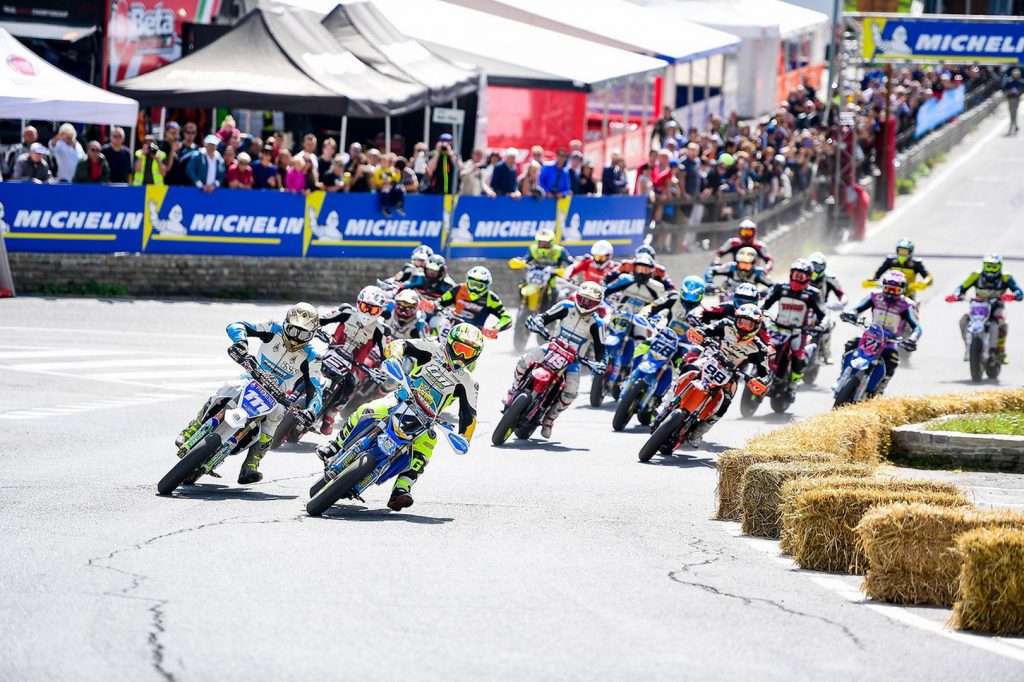 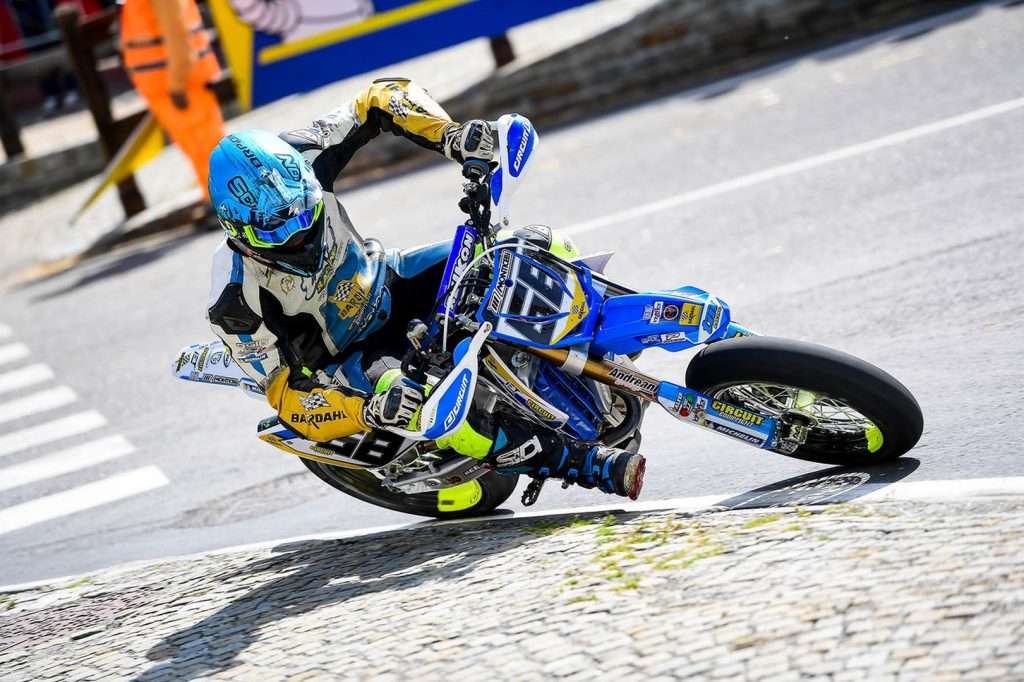 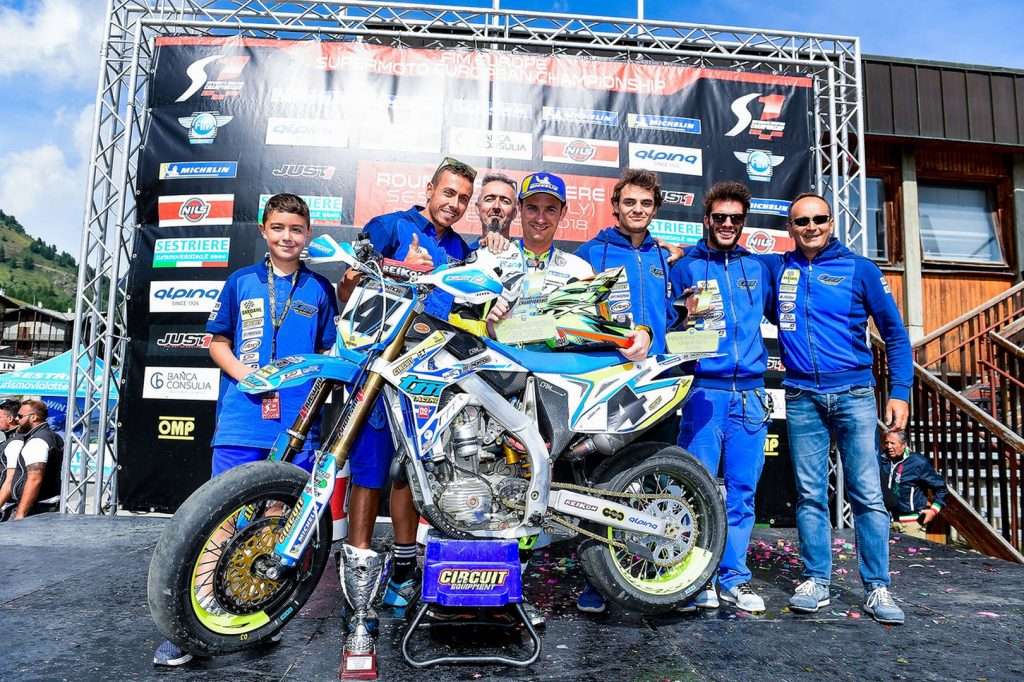 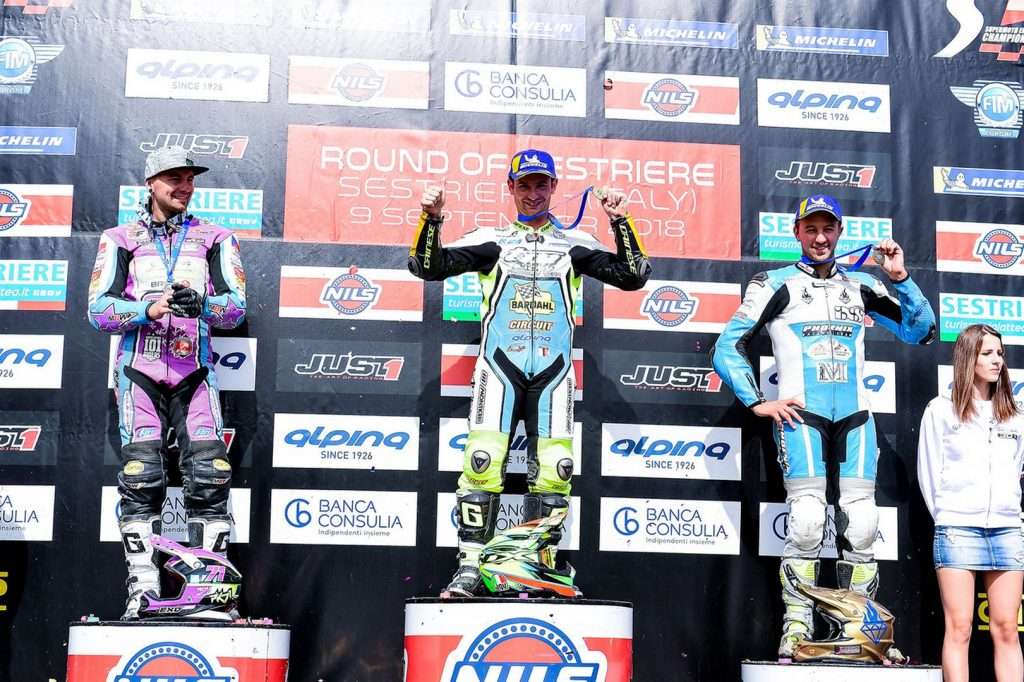 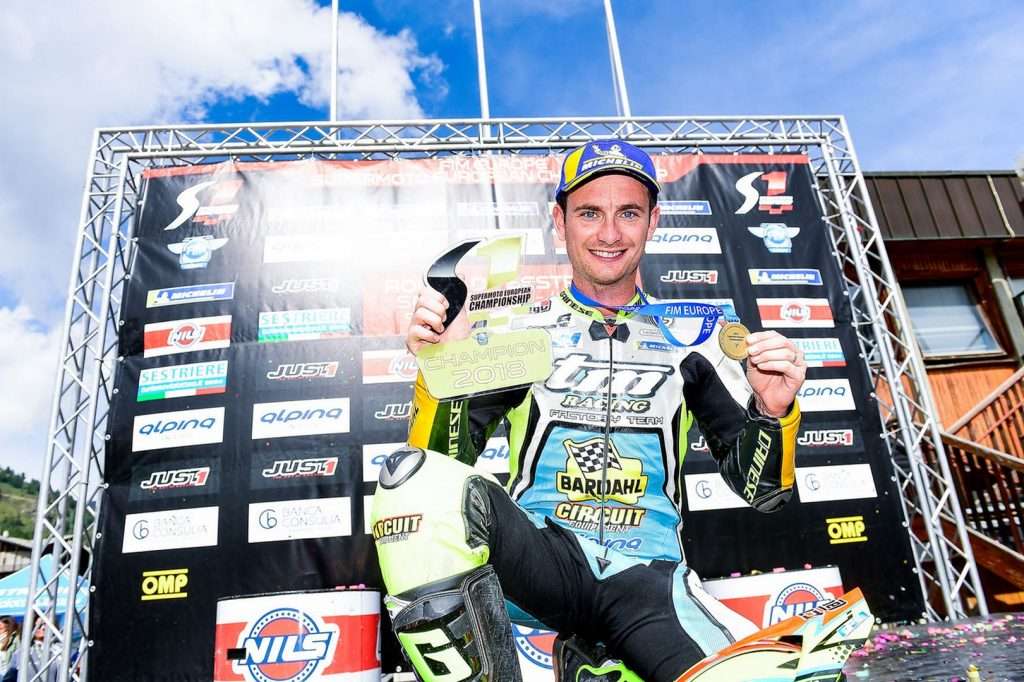