The L30 Racing Team riding TM Racing m.y. 2021 has ended the World and European Championships in Castelletto di Branduzzo (PV) with a full attack weekend.
The Italian circuit offered very high level races with spectacular contents.
The team led by Ivan Lazzarini tried all out with Thomas Chareyre and Kevin Vandi to recover the top step of the podium in S1GP and S4.
Steve Bonnal in S2 is again on the podium of the day with the third place.

In S1GP class, Riding the SMX 450 factory at the start: the French champion Thomas Chareyre, and the Estonian Patrick Pals.
In race 1 Thomas Chareyre sprints into second position, then immediately moves on to the leader’s, after overtaking Chareyre maintains the lead with a masterful race closed in first place; Patrick Pals after a bad start will be able to recover some positions, finishing in tenth place.
Race 2 “Fast Race”, Chareyre is fifth on the first lap, but he manages to get up to second place in the few laps available.
Pals starts well and will be the author of a regular race ended again in tenth place.
In the super final Chareyre moves to second place trying to win the final moto, the pace of the Frenchman is excellent and will lead him to finish just over a second behind the leader. Chareyre recovers another ten points in the standings and conquers the second place in the championship by reducing consistently the gap. Pals ends twelfth, obtaining the seventh place of the season.

In S2 class Steve Bonnal and Luca Bozza are always at the start, the Frenchman manages to get on the podium again with the third place of the day.
In race 1 Luca Bozza sprints in fourth position, but is passed by the teammate Bonnal, who after a difficult start will be able to get the fourth place, with Bozza immediately behind.
In race 2 Bonnal got off to a good start, continuing his race with a good pace and finishing third under the checkered flag; the result of race 2 will allow him to also conquer the third place overall.
Bozza is just as fast and at the end of the race he will be fourth behind Bonnal.
Both finish the championship with 181 points in fourth and fifth place respectively.

Also for S4 class the last round of the season, with Kevin Vandi who is the protagonist of a comeback finish in a desperate attempt to win another European title. He will be able to recover many points and come close to victory.
In race 1 Vandi is the fastest at the start and keep the lead for a good part of the race, in the second half of the heat Vandi gives way to two opponents who do not represent problems for the championship as wild cards and manages to earn important points on his direct rival.
Sanchioni starts in third place and after a few laps he manages to conquer the second position, but a small mistake forces him to finish fourth, immediately behind Vandi.
In race 2 Vandi repeats another extraordinary start, keeping the lead for 2 laps, at the end of a hard-fought race he will finished third. The third place in the overall classification and the points earned, allow Vandi to shorten the distances considerably by finishing second in the championship just 2 points from the winner.
Sanchioni with two fourth places, finishes the Castelletto GP and the 2021 European Championship in fourth place.

IVAN LAZZARINI: “We finally come to the end of this intense World Championship season, Tom Chareyre finishes in second place overall here in Castelletto and in the championship, he tried everything to get the title, but the championship went to Schmidt, always on a TM, which wins in the constructors’ championship.
Also in S1 our Patrick Pals finished in seventh place in the championship, a good result for him, with a very regular season, while Monticelli unfortunately had to miss this last round due to his injury.
In the S2 class Steve Bonnal and Luca Bozza finished the European Championship in fourth and fifth place with the same score, a good performance by Steve here in Castelletto, with the third place in this round.
Kevin Vandi had an amazing end of the season, narrowing his gap from the leader to less than 2 points; concludes with a second final place, which leaves us a little sad. But these are the races.
Sanchioni touches the podium of the championship, finishing fourth, however a very positive season for him.
A truly challenging 2021, with great performances and a too many mistakes, see you in 2022 to reconfirm the constructors’ title and climb to the top step of the drivers’ rankings!” 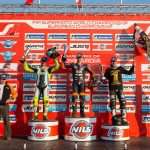 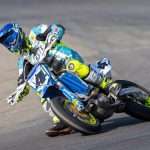 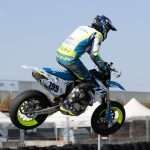 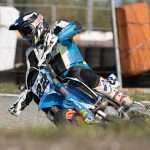 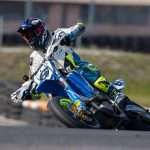 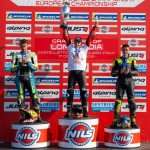 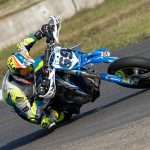 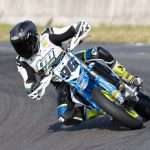