We have reached the third act of the European Supermoto Championship on the Poznan track in Plolnia.

Thomas Chareyre and the Tm Factory Racing team present themselves at this race after excellent results in the Italian and French Championships.

In qualifying Thomas is the absolute protagonist, the multiple world champion gets a huge pole position that once again confirms his strength and speed, Diego Monticelli won the sixth position on the grid.

At the start of race 1 Thomas immediately starts very strong, the French driver has had to fight to keep his direct opponent Marcus Class at bay, Chareyre has once again demonstrated all his skill and tactical intelligence and with an impeccable race conduct he has crossed the finish line in first position. Diego Monticelli closes in fifth place with a good performance.

In race 2 Thomas was once again infallible, Chareyre let his direct opponent go for a few laps and then he launched the decisive attack and took over the command of operations and got another great victory. Monticelli closes his second run in fifth position.

Thomas Chareyre gets another double and is the third in a row that launches him at the top of the Eurpeo Championship standings.

Alesx Serafini Team Manager thus comments on the race: ” It was a very difficult race from many points of view, we were all very tense because the last 3 editions played on this track we were not able to make good results, but this time we did not want to miss anything and the weekend was really perfect, Diego struggled a little but we are slowly finding the right feeling and pace again “ 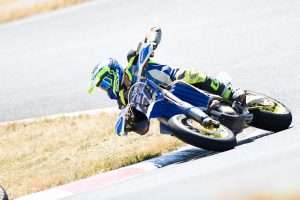 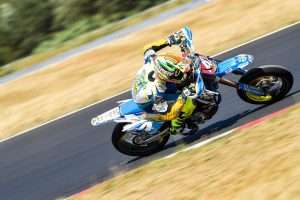 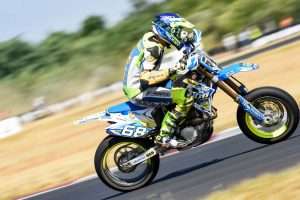 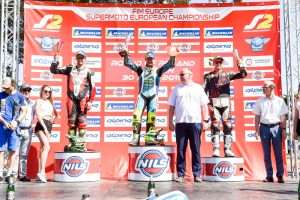 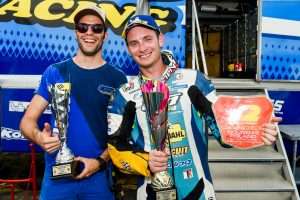