Chareyre in the Legend of Supermoto

As for last year the European Supermoto Championship ended at Sestriere, an autumn climate that did not facilitate the task of the Tm Factory Racing Team.
Diego Monticelli not yet in top form has decided not to take part in the race to be able to start the Supermoto delle Nazioni in France in 15 days.
In qualifying Thomas cannot express himself as he would like, the street circuit does not limit the performance of his Tm 450, Chareyre takes second place.
At the start of the first race Thomas does not risk the first corner and for a few laps he studies his opponent, Thomas with an exceptional race behavior proving once again to be the champion, on the ninth lap he takes the lead of the race and wins with a good margin on the pursuers.
In race 2 Thomas Chareyre during the second lap the reigning World Champion slips to the first corner, Thomas is very fast to get back on the bike and starts again in eighth place. Chareyre shows something incredible on a track where overcoming was very difficult. His comeback starts four laps from the end. Tom is first going to close the season with his fifth double win of the season, closing the championship with a full score and graduating for the second time European Champion.
For the TM Factory Team there is still an important appointment that will see them engaged on September 21-22 in the Nations trophy.

Alex Serafini Team Manager comments on the race as follows: “A beautiful weekend, full of emotions, this was not a suitable track for our bike, but working hard we were able to settle in the best way to make the difference, we didn’t think to run like that at attack, but then the setting we found was great, so Thomas was able to make the difference as he knows how to do.” 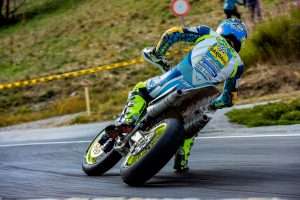 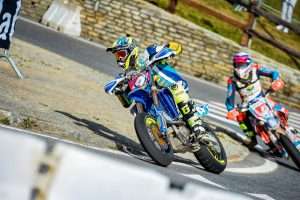 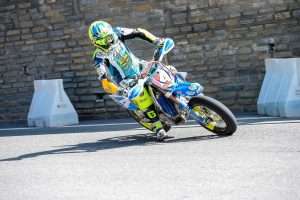 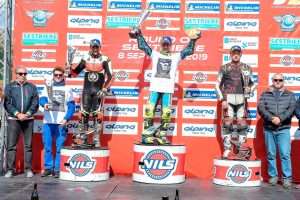 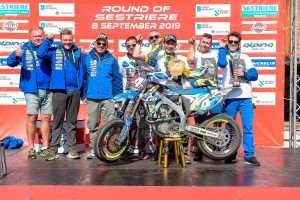