Carole the 2019 Supermoto took place in Paris on the track, Thomas Chareyre closes a perfect season and with this victory brings the seasonal trophies to four: French Champion, European Champion and World Champion.

The fast and technical Carole circuit with three stretches of dirt road was the setting for a splendid Nations trophy.

Thomas Chareyre in his group is extraordinary going to score a stratospheric time and inflicting on his opponents abyssal detachment centering the pole position, at the start of Saturday’s race Thomas was perfect he took the lead at the first corner and dominated up under the flag chess.

Thanks to its result and that of its two team mates, France won the first position.

On Sunday morning the paddock wakes up under a light rain that will become a universal flood during the three races.

In race 1 Thomas Chareyre was deployed in 17th position, the French champion after a few laps was already in the top positions, Tom drove masterfully in the pouring rain. About halfway through the race he takes the lead but a few laps from the end Chareyre touches himself with a dubbed one and has to give up the first position closing second.

In the third and final heat, Thomas starts from his favorite pole, pole position, Chareyre is relentless with a clear victory over 10 seconds ahead.

Thomas Chareyre lifts his ninth victory in the Nations trophy to the sky.

Diego Monticelli and Italy close the race on the third step of the podium as in 2017, Diego made some mistakes in the dirt part that did not give him the chance to get a good result that was within his reach.

A season full of victories and satisfactions ends.

Alex Serafini Team Manager comments on the race as follows: “A difficult race in the rain, where it was easy to make a mistake, Thomas was incredible he did nothing wrong and thanks to his speed in all conditions he led his National team to victory, I am also satisfied Diego’s race that he fought without ever holding back. I would like to thank the whole team for the great work done this season, and all our sponsors who supported us. “ 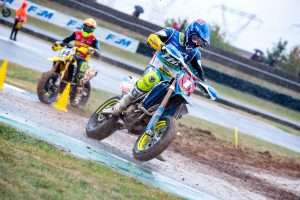 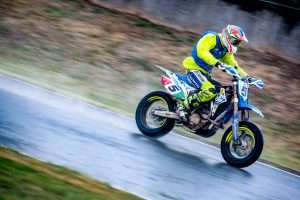 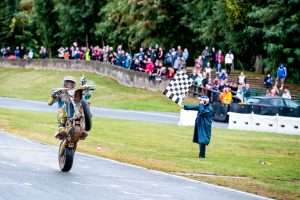 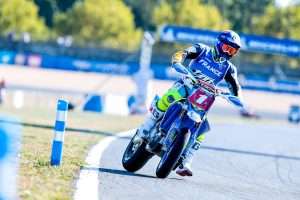 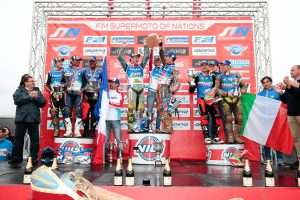 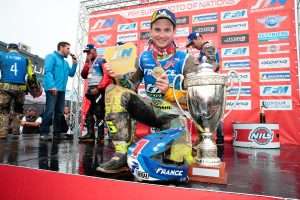