The Jerez de la Frontera circuit in Spain has hosted the sixth round of the Junior FIM CEV Repsol world championship this weekend. The TM Racing Factory Team Moto3 was out on track with its three riders, Spaniard David Salvador and Italians Nicola Carraro and Raffaele Fusco.

In qualifying, the trio were unable to express their full potential and exploit the characteristics of their TM bikes. David Salvador (1’47”061) finished in fourteenth place, Carraro (1’47”299) twenty-first and Fusco (1’47”467) just twenty-seventh after crashing during his best lap.

With these results, Salvador lined up on the fifth row, Carraro from the seventh and Fusco from the tenth in the day’s two races. In race 1, Salvador was catching the leading group when he was hit by another rider who caused him to crash. Carraro also crashed while trying to make up ground, while Fusco crossed the line sixteenth, just outside the points zone.

In race 2, David Salvador put in a great performance, crossing the line fourth after demonstrating very fast pace throughout the race. Carraro finished seventeenth, while Fusco was forced to retire due to a technical problem.

The TM Racing Factory Team Moto3 will be back on track for the next round of the Junior FIM CEV Repsol world championship taking place on 17-18 September at the Misano World Circuit, alongside the MotoGP world championship.

Nicola Carraro: “We did better than we have in previous races, but unfortunately we were unlucky. Our bike is now really quick and we can fight with the fastest riders. Unfortunately, my grid position conditioned the two races. In race 1, I was pushing to the max to climb back up the field and I crashed, while in race 2 my progress was slowed in the final stages by tyre wear, which meant I finished seventeenth. Beyond the results, I’m pleased with the potential we’ve shown and that I’ll try to harness in the next races.”

David Salvador: “It was a very positive weekend for our team. We were immediately fast and I felt good with the bike. I think we’ve taken a good step forward compared to previous races. In race 1 I was making up positions and close to the leaders when a rider caused me to crash. I couldn’t do anything to prevent it, and it was a real pity because I set the fastest lap of the race and could have battled for the podium. In race 2, I was able to climb back up and came close to the top three. I’m pleased, not only with fourth place but especially for the race that we are constantly improving and can now battle for victory.”

Raffaele Fusco: “The weekend started well, and we immediately got into a good rhythm. Unfortunately I crashed in the first qualifying, the session in which we set times and so I had to start from twenty-seventh place. This conditioned my races. In the first, I made up many positions and was close to the leaders but a contact with another rider slowed me down and I finished sixteenth. In race 2, I unfortunately had to retire due to a small technical problem which prevented me from completing my recovery. We’ll make up for it at the next Misano round.”

Mattia Serafini: “Another extremely positive weekend. We’ve worked hard and effectively and have maintained good pace. We need to improve in qualifying because it was our starting positions that conditioned us in the races. I’m pleased with Salvator’s fourth place in race 2 and am sure that if he hadn’t been knocked down, he’d have done well in the first race too. Fusco and Carraro completed two good races, and just need to start further forward. We’re organising tests in order to become even more competitive and continue to improve.” 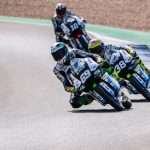 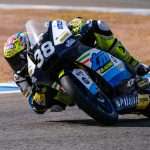 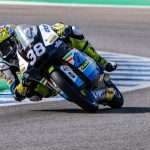 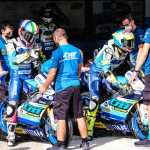 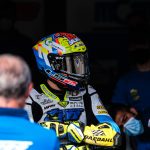 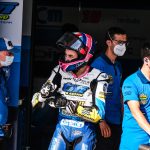 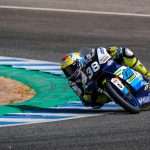 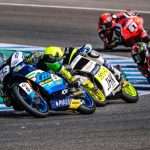 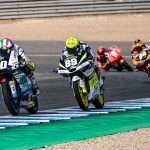 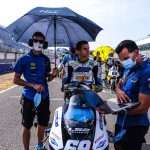