Diego Herrera on the podium.
By the round four SuperEnduro World championship in Bilbao /Spain Diego Herrera from Lowo TM Racing Germany on the TM Racing 300 2T finished as second with a fist place in the second moto and a second place in the third moto in the class junior ,
Benjamin Herrera finished at place nine in the class Prestige with the TM Racing END 300 Fi , so both riders in the top ten of the World championship. 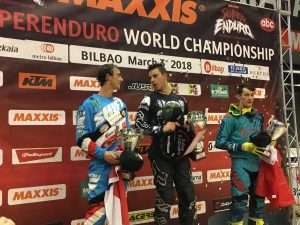 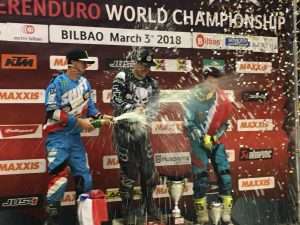 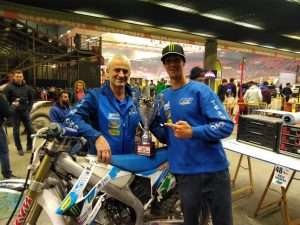