Fantastic start for the L30 Racing Team at its debut riding the brand-new TM BIKES on Abruzzo International circuit, for the first round of the Italian Supermoto Internationals held on 10 April in Ortona (CH).

In the premier class lined up on the SMX 450 factory 2022 are the world champion Marc Reiner Schmidt, the new teammate Elia Sammartin, reigning Italian champion and Patrick Pals.

In race 1 Schmidt starts in the lead, who is the main actor of an undisputed solo, for him a first heat as a true dominator.
Elia Sammartin’s performance was also very positive, following his teammate and making his debut with a race all in second position.
In race 2 the fastest riders are still Schmidt and Sammartin in order, Schmidt starts in front of everyone and then maintains the leadership until the finish.
Sammartin also replicates what he did in race 1, finishing in second place overall and winning the Italian riders overall.

In race 1 Alex Ruiz sprints into second position and manages to express a great race pace. Only an opponent has passed Ruiz on the final, but he closed with a convincing third place.
Kevin Vandi starts around the seventh position and is forced to recover, in the middle of the race he is fifth, but he closed in sixth place at the finish.
Papalini is the author of a rather regular race, closed in eleventh position.
Galloni after the start is close to the top ten and ahead of Papalini, after 6 laps in eleventh position, however, he will have to settle for eighteenth place.
In race 2 Kevin Vandi starts in front of everyone, proving to be still one of the absolute protagonists of this class, the result of the second moto has launched him on the second step of the overall podium and in the championship.
Ruiz immediately starts behind his teammate and with his second place takes an historic victory for himself and for the Team.
Closes in twelfth place Lorenzo Papalini, who is now eleventh in the overall classification.
Galloni is twenty-first at the end of this stage, a rather difficult weekend for him on the Abruzzo circuit.

IVAN LAZZARINI: “This first round of the Italian Championship has just ended, for us it could not have started better, in S1 double win for Marc and two second places for Samma, we are working very well with him. An S4 class that gave us great satisfaction with the unexpected win for Ruiz in his first race with us and the second place of Kevin (that takes a beautiful victory in race 2). Papalini also did well, finishing eleventh in S4.
Was an amazing weekend with the new 2022 bikes, we thank TM Racing and all the sponsors who contributed to this result.” 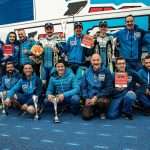 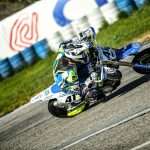 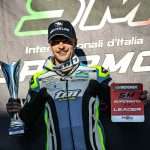 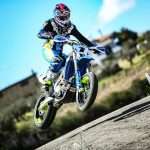 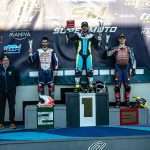 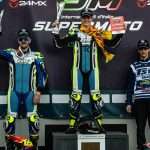 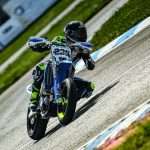 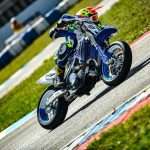 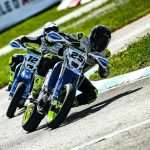 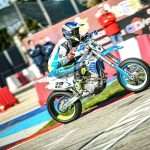