The TM Racing Factory Team Moto3 has completed the second round of the FIM CEV Repsol Moto3 Junior World Championship at the Ricardo Tormo circuit in Valencia, Spain.

While yesterday saw the Italian team’s three riders take part in qualifying, the TM team was back on track today for the weekend’s two races, which both took place in hot and sunny conditions.

Based on the qualifying results, David Salvador lined up on the sixth row of the grid, in sixteenth place, while Nicola Carraro and Raffaele Fusco started from row ten, in 28th and 30th place respectively.

In race 1, Salvador made a good start and was able to make up many positions. He was nevertheless unable to catch the leading group and crossed the line in ninth place. Fusco also started well and was part of the chasing group, able to maintain a good pace throughout. Raffaele finished the 18-lap race in nineteenth place, a few tenths from the points zone, while Carraro unfortunately crashed at the very first turn having made contact with another rider. Having injured his elbow in the crash, it was decided that he wouldn’t compete in race 2.

In race 2 Salvador did well to fight through the early stages and reach the leading group, before concluding a solid sixth. Fusca essentially repeated what he’d done in race 1, climbing to final eighteenth place.

In the championship standings, Salvador lies second with 37 points. The next round of the

FIM CEV Repsol Moto3 Junior World Championship is scheduled to take place over the weekend of 11-13 June at the Barcelona-Catalunya circuit in Spain.

Raffaele Fusco: “We had two difficult races in which I tried to do my best to make up ground but starting so far back meant it wasn’t easy to break away from the chasing group. I made two strong starts and made up many places, also thanks to a fast bike, for which I have to thank my team. At the next Barcelona round, I need to score a better grid position, because today we demonstrated that we have good pace and that we can fight for better results”.

Nicola Carraro: “My race didn’t last long. Making contact with another rider unfortunately meant I crashed on lap one and also injured my elbow. Seeing as I’d hurt myself, I preferred not to take part in race 2, so as not to worsen my physical condition. I will rest up for a while before resuming my training so that I’m ready for the next round”.

David Salvador: “The positive thing is that I’ve scored some points and am second in the standings. The problem was that I started both races from the sixth row. Through the first corners I was held up by riders who prevented me from reaching the leading group. It was a pity because I got into a really good rhythm today, lapping with similar times to the leaders. We had a few set-up problems, but we’ve already sorted those so we shouldn’t have any problems at Barcelona, one of my favourite tracks and one at which I’ll be aiming for the podium. Thanks to my team for all their hard work”.

Mattia Serafini – Team Manager: “We’ve had a good weekend at Valencia, growing as a team. The race results were conditioned by the qualifying results, in which we went with a strategy that didn’t pay off. David did well to try and make up positions in both races, lapping with similar pace to the frontrunners. Fusco is developing well and adapting to our bike in what is his first year. He also showed good pace and so we’re confident ahead of the next races. Carraro unfortunately crashed in race 1 and hurt his elbow, so we decided it was best he didn’t compete in race 2. We hope he’ll make a full recovery for Barcelona”. 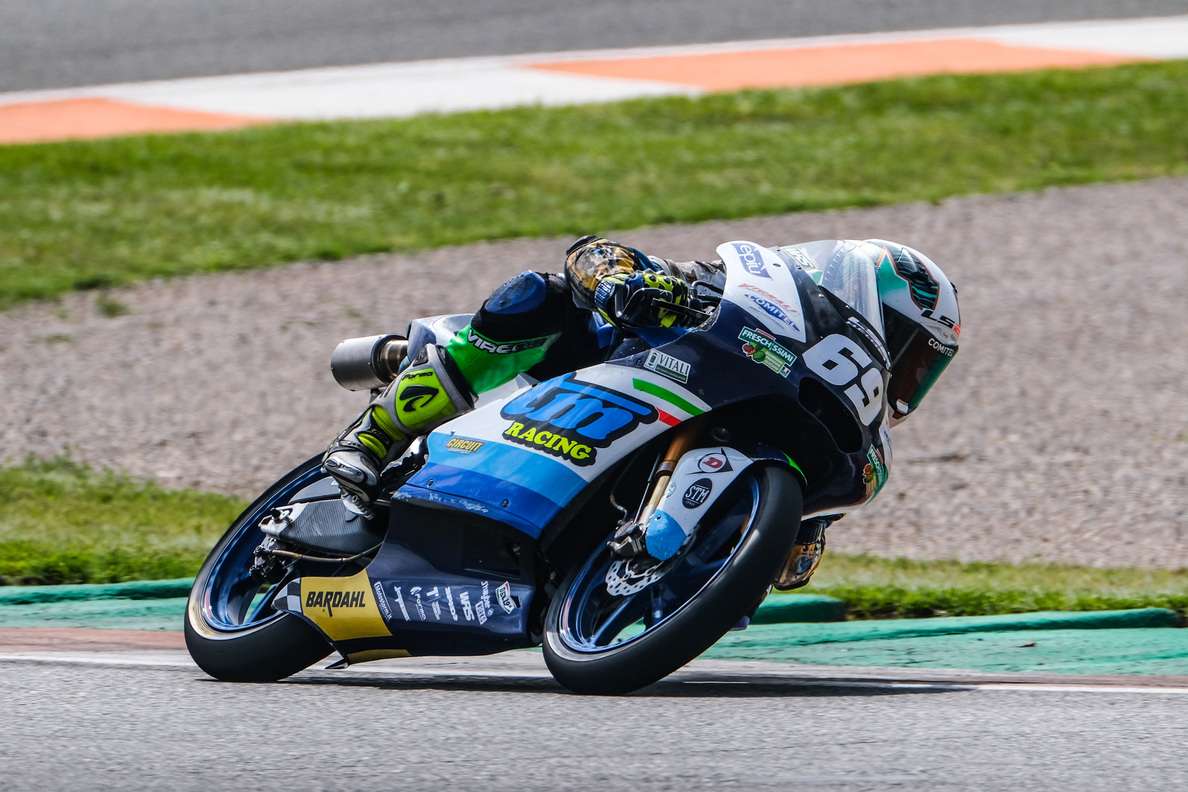 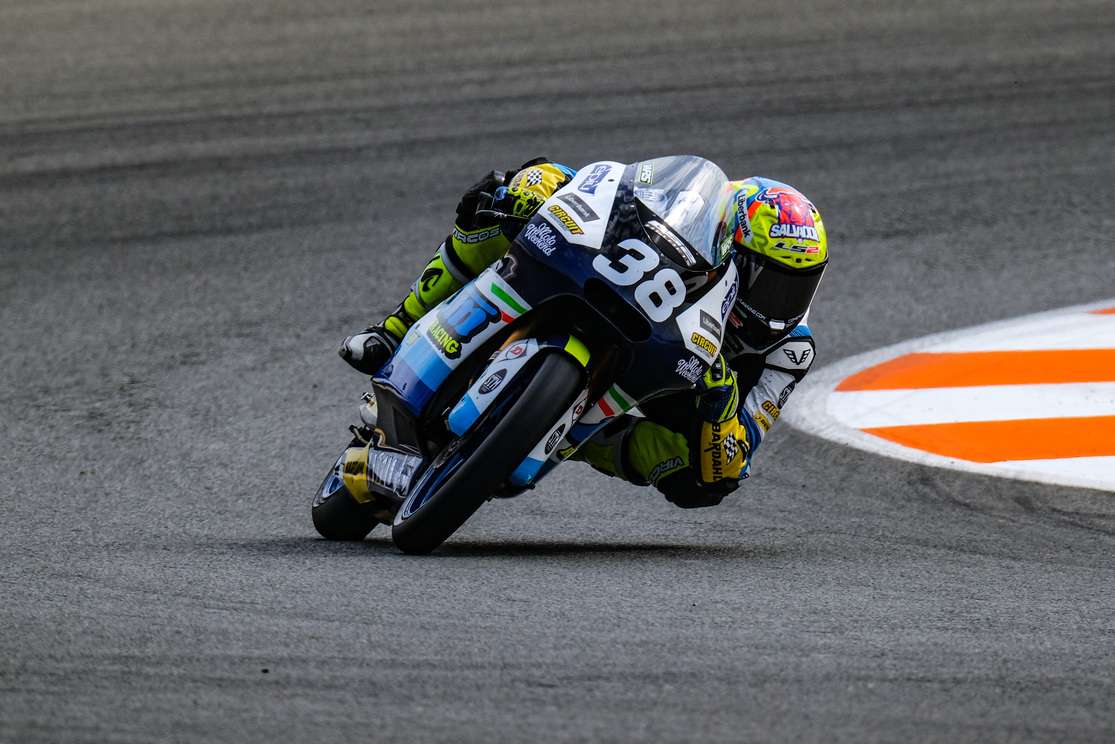 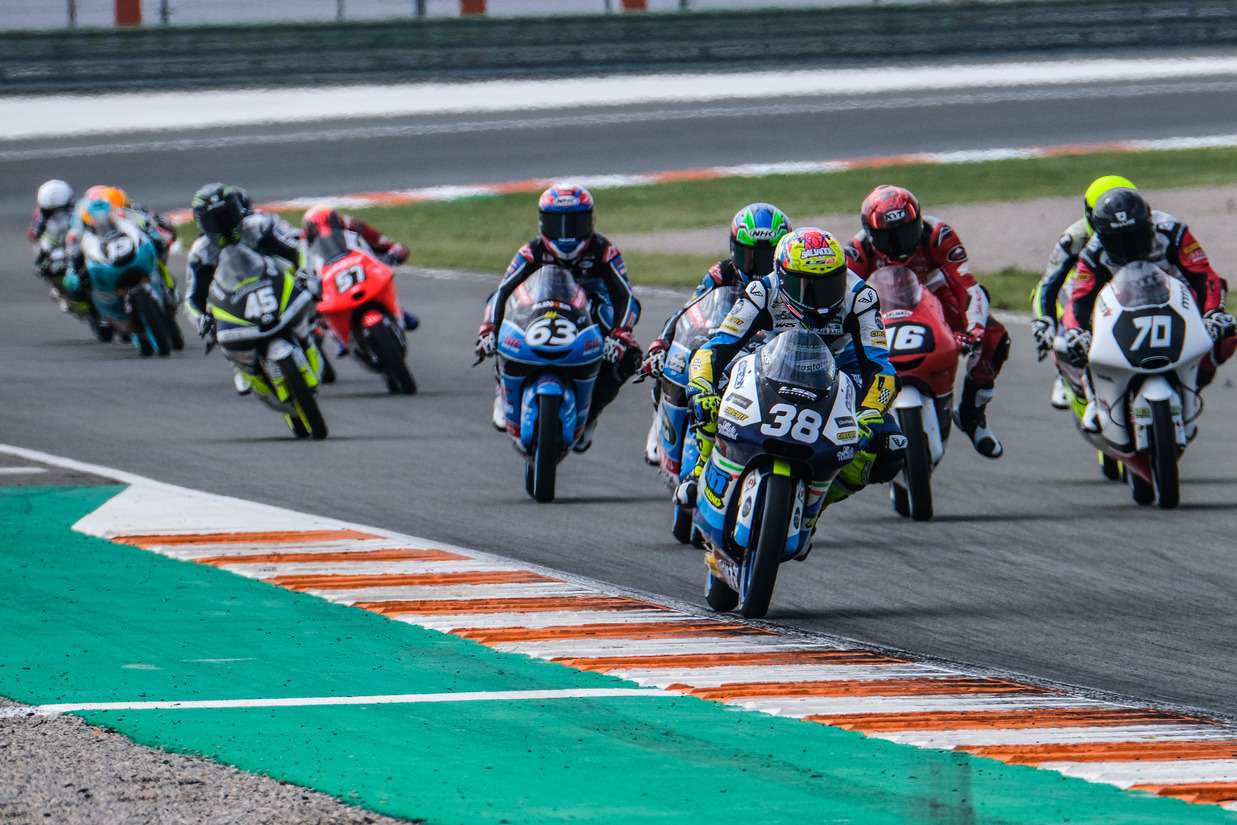 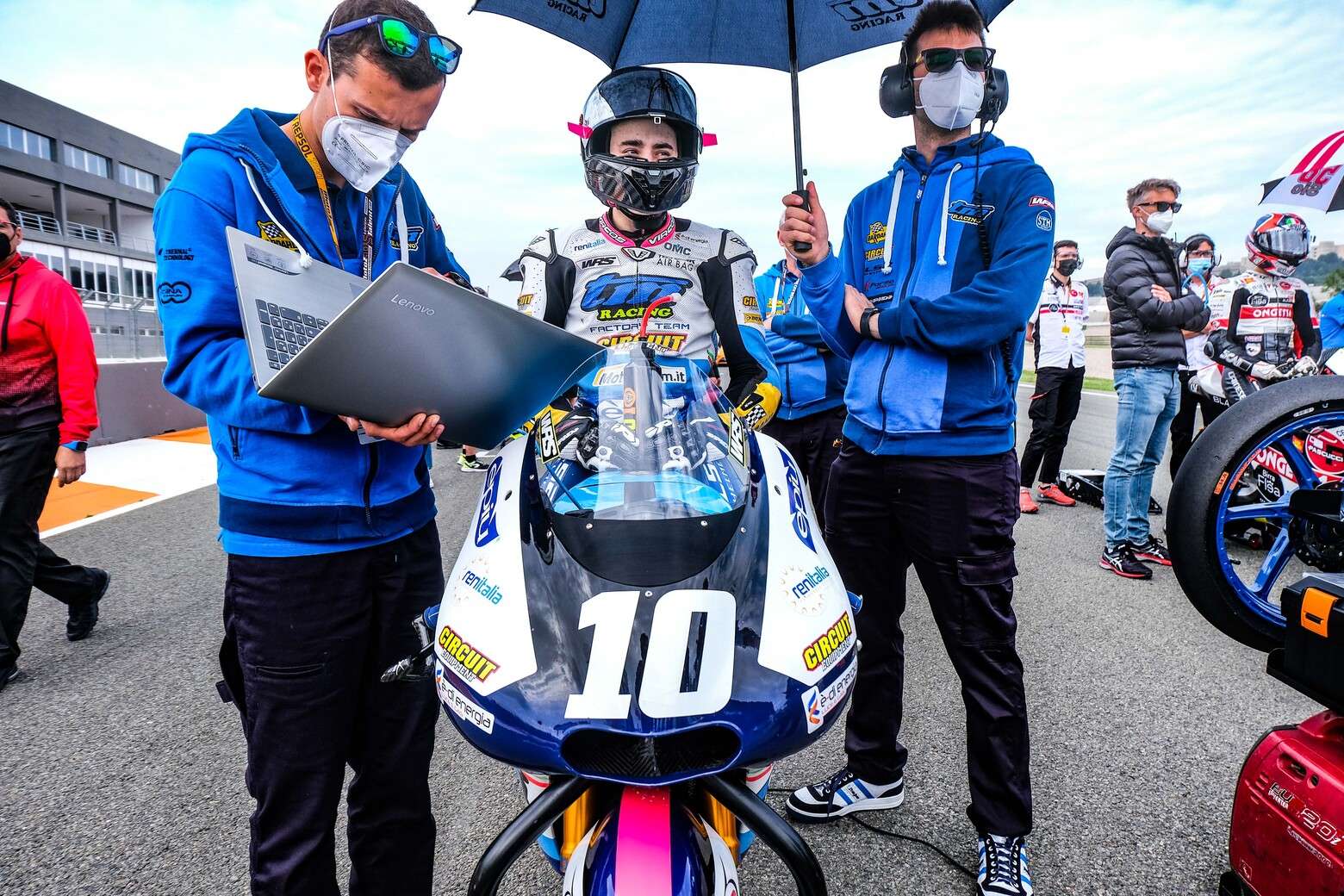 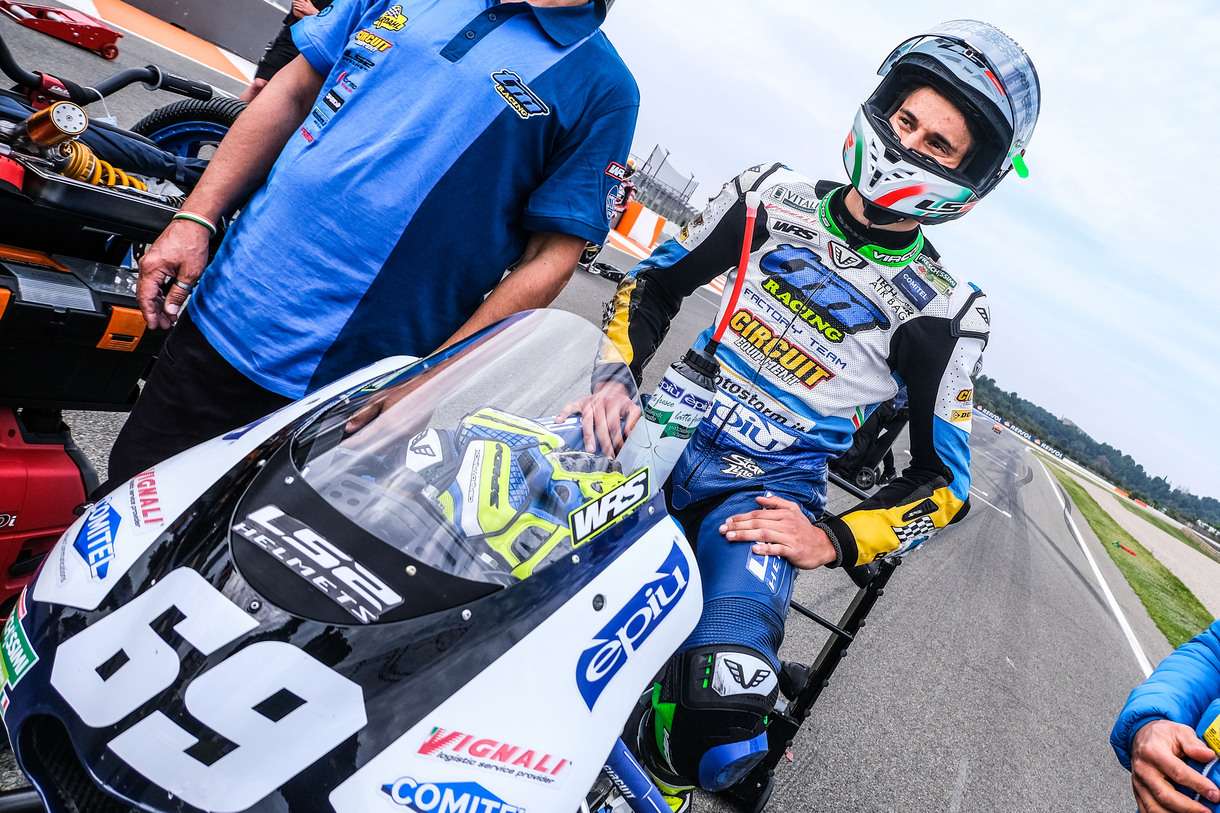 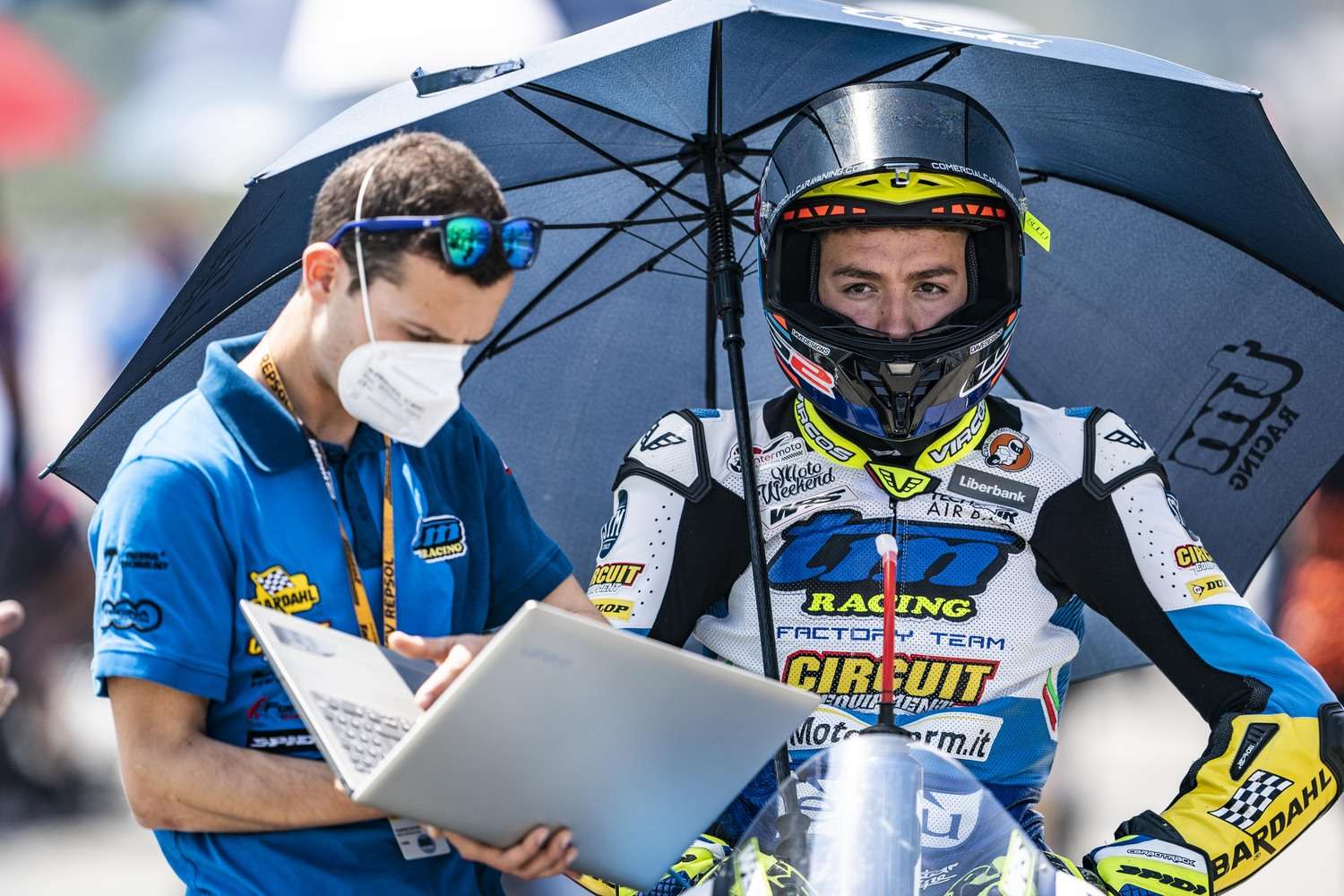