The TM Racing Factory Team Moto3 concluded today at the Misano World Circuit the fourth round of the CIV Italian Championship, to which his three riders participated as wild cards. It was an important opportunity for the riders to keep in training, and for the Italian team technicians to continue the development of their TM Moto3, in anticipation of the round of the Junior World Championship that will be played in September right on this track.

Saturday, at the end of the two qualification sessions, the three TM riders have obtained the positions from sixth to eighth. Raffaele Fusco (1’44″129) finished sixth place, followed by Nicola Carraro (1’44” 350) and by David Salvador (1’44 “544).

With these results Fusco started from the second row, while Carraro and Salvador from the third in the two races of this weekend. The Spanish has started well at the red lights off and brought to sixth position, followed by Fusco, while Carraro was tenth. Later Salvador remained in the group of pursuers, alternating between the eighth and sixth place, and then cut the finish line in fifth position. Fusco and Carraro race was very similar to the one of the Spanish, but while Fusco concluded in sixth position, Carraro, who was close to his teammates throughout the race, has unfortunately been penalized by a second for passing the track limits and was declaimed in tenth position.

Today’s race started in the afternoon but was stopped during the second lap for some crashes, one of which also involved Fusco and Salvador, who fortunately did not report any physical consequence. They could take part in the second part of the race, reduced to 14 laps. After the second start, unfortunately, Fusco immediately accused a technical problem, which forced him to withdraw. Salvador started very fast from the third row and reached the fifth position, to then keep it up to the checkered flag. Carraro was sixth from the first to the last lap, but having still been penalized by a second for having passed the limits of the track, he finished the race in seventh place.

The next event on the track for the TM Racing Factory Team Moto3 is now fixed for the weekend of 21 and 22 August in Jerez, Spain, where the sixth round of the Junior FIM CEV Repsol World Championship will be held.

Raffaele Fusco: “There were two interesting races, useful for us to become familiar with our bikes on the track where we will race a round of the Junior World Championship. Yesterday I closed at sixth place, while today I could take advantage of the experience made in the race1, but unfortunately a technical problem forced me to retire. I’m sorry, but the important thing will be doing well in the next Jerez appointment in late August”.

Nicola Carraro: “Our goal was to find a good set up for our bikes on this track, depending on the world’s round that we will run in September, and I can say that we did it. In the race we tried above all to try some new solutions without looking at the result. It was very hot and it wasn’t easy, but I think it was useful to do it. And now we focus on the weekend in Jerez in August”.

David Salvador: “I had race on this track only a few years ago in the Rookies Cup, but with a different bike, while now I have a TM and the asphalt was completely redone. As a result we are quite satisfied especially for the data we have collected, and that there will be useful for the round of the Junior World Championship that we will pay here in Misano in September. We also got to try some things usually we don’t have time to try on the race weekends, and this is an important thing for the prosecution of our season. ”

Mattia Serafini – Team Manager: “As soon as we returned from Aragon and fixed the bikes, and it was time to came here in Misano. Our goal was to be ready for the September round of the Junior World Championship that will play on this track. We worked on the set-up of ours bikes, collecting data that we could not collect on September weekend, when we are immediately engaged in qualifications and race. I am happy with the constant growth of our riders, who are increasingly mature and competitive. They worked very well with the team, without taking risks. A weekend undoubtedly useful and positive”. 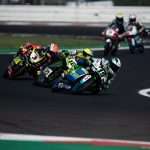 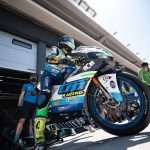 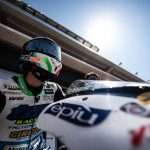 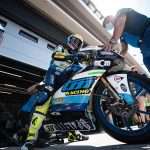 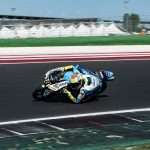 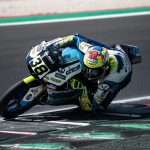 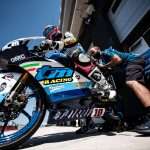 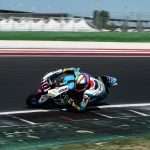 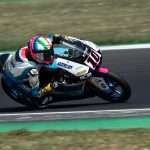